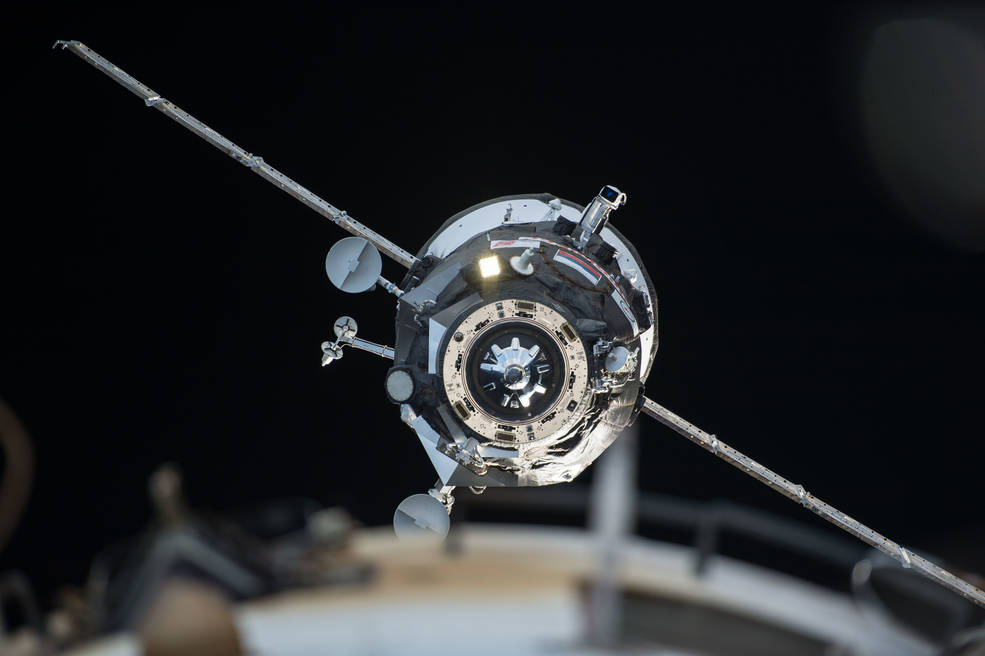 The Russian Progress 58 cargo craft delivered several tons of food, fuel and supplies to the International Space Station on Feb. 17, 2015 and is set to undock and burn up in the Earth’s atmosphere on re-entry Aug. 14, 2015. Credits: NASA

ISS Progress 58 arrived at the orbiting laboratory in February and will undock from the rear port of the Zvezda Service Module at 6:19 a.m. EDT. NASA TV coverage of the undocking will begin at 6 a.m.

Several hours after it undocks, the Progress will be deorbited by Russian flight controllers to burn up in the atmosphere over the Pacific Ocean.

Progress 58 launched to the station on Feb. 17, and arrived six hours later carrying more than three tons of food, fuel and supplies for the station residents.

The undocking will clear the Zvezda docking port for the relocation of the Soyuz TMA-16M spacecraft on Aug. 28. Expedition 44 Commander Gennady Padalka of the Russian Federal Space Agency (Roscosmos), Flight Engineers Scott Kelly of NASA and Mikhail Kornienko of Roscosmos will move their Soyuz from the Poisk module to the Zvezda docking port. The relocation will enable delivery of a new Soyuz to the station on Sept. 2, which will bring Kelly and Kornienko home next March to conclude their one-year mission.

The next Russian Progress resupply ship will launch to the station on Oct. 1.

For more information about the International Space Station, visit:  http://www.nasa.gov/station