Photo: Morguefile.com Editor's Note: We continue our reporting on news from police reports.  Besides covering the many stories from around Park Forest … Read more

Chicago, Feb. 9–(ENEWSPF)– The Ford Motor Company announced today Hip-hop DJ and guru of urban car culture Funkmaster Flex is coming to the Chicago Auto Show to showcase his hottest ride yet, the 2007 Ford Expedition Funkmaster Flex concept. Funkmaster Flex, star of the hit television series All Muscle on ESPN will be at the Ford stand on Feb. 10 th to talk about his Ford Expedition, give a special music mixing performance, sign autographs, giveaway free T-shirts and raffle off custom Ford Funkmaster Flex jackets.

“I am going to Chicago to get things poppin’! I rate the Chicago show as a ‘10’ but I think I can help make it a ‘20’,” said Funkmaster Flex. “I can’t wait to get feedback from show goers on my latest Expedition concept. I plan on having some serious fun at the show.”

“Funkmaster Flex is doing a great job of generating buzz for Ford,” said Marc Perry, multicultural marketing manager for the Ford brand. “From the Expedition to Edge, Fusion and F-150, Flex is finding new and innovative ways to connect with our customers.”

While Flex spins at the Ford stand, he will be talking fierce about Ford’s red-hot 400-horsepower Interceptor and cool Airstream concepts. He will give demos of Ford’s latest technology developed in collaboration with Microsoft, called ‘Sync’ – a voice-activated, hands-free in-car communications and entertainment system that fully integrates cell phones and MP3 players, such as Microsoft Zune and Apple iPod. He will showcase Ford’s latest products including the vehicles revealed during auto show press days. Flex is also a huge fan of the Ford Mustang and wants every Chicago Auto Show goer to check out racing legend Carroll Shelby’s latest creations, the Ford 2007 Shelby GT and the 500-horsepower Ford Shelby GT500. Finally, Flex fans will also get an opportunity to enter to win an exclusive chance to go to a signature Funkmaster Flex party in New York City.

Photo: Morguefile.com Editor's Note: We continue our reporting on news from police reports.  Besides covering the many stories from around Park Forest … Read more 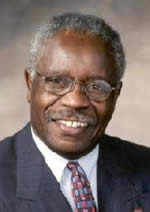 Park Forest, IL–(ENEWSPF)– Park Forest FOCUS announced the immediate availability of applications for the Robert Furnace Memorial Scholarship.  Two $500 scholarships will be awarded in the spring to high school seniors who live in Park Forest.  Furnace was a founding member of Park Forest FOCUS, along with his widow, Dorothy E. Furnace, who still resides in Park Forest.

Mrs. Furnace was on the FOCUS committee that worked to establish the scholarship.  She expressed thoughts on this first offering of the scholarship, which FOCUS plans to grant annually, "The awarding of the first Robert Furnace Memorial Scholarship recognizes two areas that were of great concern to Bob – youth and the community.  I am proud of Bob and his work and look forward to helping some youngster meet his or her life’s goals.”

The application provides a brief biography of Bob Furnace:

Robert E. “Bobby” Furnace was an educator, a labor activist, and a community leader. Over the 62 years of his life, he was an inspiration to many persons who sat in his classes, negotiated labor agreements under his guidance, or benefited from community programs and projects that he initiated.

Bob attended Prairie State College and Governors State University, eventually earning a master’s degree from the latter as an adult student eager for a career in education. He subsequently taught in Chicago Heights School District 170, where he was president of his local union. His leadership qualities caught the attention of the Illinois Education Association and he later joined the staff of that group as a labor organizer.

In 1998, Bob was elected as a Trustee of the Village of Park Forest.  During his three-year term of office, his major area of concern was to increase citizen involvement in government. He personally undertook the mission of recruiting citizens to serve on the Village’s volunteer boards and commissions. As a result of his efforts, more than 100 seats on those bodies were filled and several applicants were on waiting lists for appointment as vacancies might occur.

When citizens contacted Trustee Furnace with their problems, he was quick to respond. He would personally visit with the persons who called him, would personally investigate the nature of their complaints, and would personally seek to find solutions. Bob was a “hands-on” activist who was not content to rely on others to get the job done: he sincerely believed that elected officials who were not part of the solution indeed were part – perhaps even the cause – of the problem.

When Bob Furnace died suddenly on September 6, 2002, it was a heart-breaking loss for his family, his many friends, his former students, and his professional and political colleagues. As one of the eulogists at his memorial service stated, “We are gathered here today, certainly to mourn the loss of our good and dear friend, but also to celebrate a life that was characterized by a warm and charming smile, by an outspoken commitment to fairness and equality, and by a sense of loyalty and friendship that was exemplary.”

Among the requirements, applicants must be a resident of Park Forest, provide the name of the College that they plan to attend and when they will attend, with proof of acceptance, a list and description of non-academic activities and honors, a description of their work experience, their planned major, and planned continuing involvement in community service.

All fully completed applications for the scholarship must be sent to the address at the bottom of the form and postmarked no later than March 31, 2007.  The application stresses that no hand-delivered applications will be accepted.

Scholarship awards will be announced at the May 2007 FOCUS meeting, and awarded to recipients upon graduation.

The next meeting of Park Forest FOCUS will be on Tuesday, February 20, at 7:30 p.m. at the Public Safety Building.  FOCUS will also host its annual Chili Dinner on Saturday, February 24, from 6 – 8 p.m. in room 8 of the St. Irenaeus Religious Education Center, 78 Cherry St., Park Forest.  All are invited. 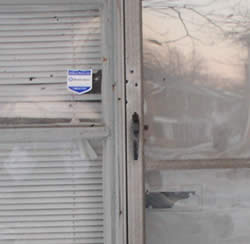 Park Forest, IL–(ENEWSPF)– While attending the Park Forest Business Breakfast on January 25, eNews Park Forest had the opportunity to sit down … Read more 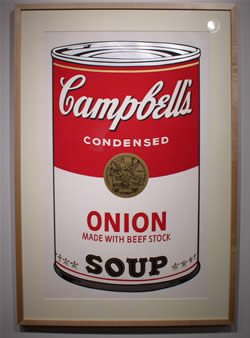 This piece by artist Andy Warhol is on display at the Tall Grass Arts Association through March 24. (Photo: ENEWSPF) Park Forest, … Read more