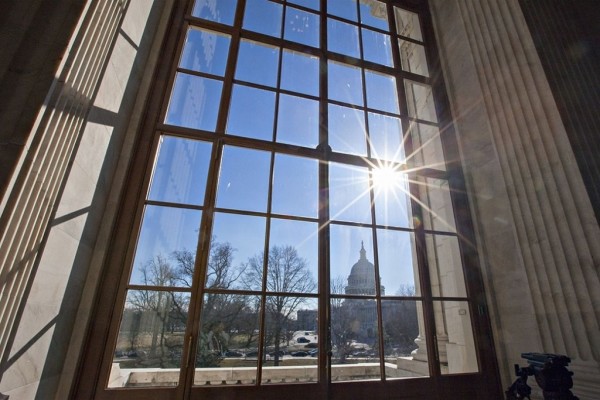 The Capitol is seen from the Russell Senate Office Building on Capitol Hill in Washington, January 2014. AP/J. Scott Applewhite

Washington, D.C. —(ENEWSPF)–May 4, 2017.  A new analysis by the Center for American Progress finds that the latest addition to the House Republican health care repeal bill, known as the Upton amendment, would do little to practically nothing to help individuals with pre-existing conditions access health care coverage. The provision would subsidize health care for only about 76,000 more individuals out of the millions with pre-existing conditions. If used toward high-risk pools, the $8 billion over five years promised in the amendment would fill in only 4 percent of the gap in funding to sustain the pools.

“Even if all the Upton amendment funds went to a high-risk pool, the remaining funding gap could leave many Americans with pre-existing conditions stranded without affordable options for insurance. We shouldn’t jeopardize health coverage for any of the 130 million Americans with pre-existing conditions for the sake of politics,” said Emily Gee, Health Economist at CAP.

CAP found that the $130 billion of funding already in the American Health Care Act, or AHCA, would be insufficient to sustain even a small high-risk pool. If the pool contained just 5 percent, or 1.5 million people, of the roughly 31 million people insured through the small-group and individual markets, the AHCA would need to provide a total of $327 billion to offer moderately subsidized high-risk pool coverage. The current version of the AHCA falls about $200 billion short of that, and the $8 billion promised to Republican moderates in the House would fill in just 4 percent of the funding gap.

CAP’s analysis also notes that even if the maximum amount of money potentially available for high-risk pools—$138 billion—were put toward that program, money would need to be redirected away from other components of the bill, including preventive services; the federal invisible risk-sharing program; and maternity care, newborn care, mental health care, and substance use disorders.

Click here to read “The Upton Amendment to the ACA Repeal Bill Will Have Almost No Effect” by Emily Gee and Topher Spiro.

Jimmy Kimmel on the Importance of the Affordable Care Act (Video)