Legal Weed’s No. 1 Warrior Puts Down His Pipe 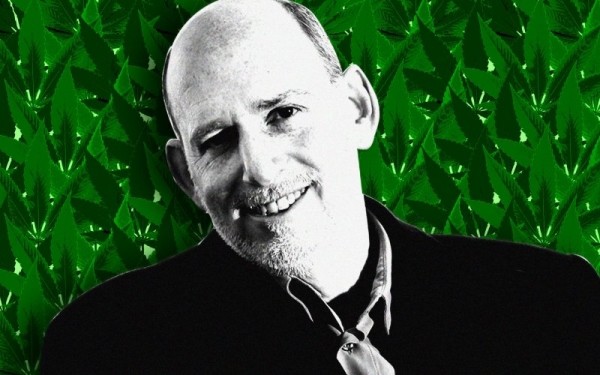 Ethan Nadelmann is retiring after 20 years of leading the movement to reform marijuana laws in dozens of states. He’s worried about the future under Trump.

For drug policy reformers, it is the best of times, it is the worst of times. Marijuana legalization seems to have hit a tipping point, and even Republicans now regard opioid addiction as a health crisis rather than a criminal one. Yet here comes Attorney General Jeff Sessions, a drug warrior from a generation ago, determined to turn back the clock.

There’s no more influential drug policy reformer than Ethan Nadelmann, executive director of the Drug Policy Alliance, who is stepping down after leading the organization for over twenty years. With his last day is on Friday, Nadelmann sat down with The Daily Beast to reflect on his field’s remarkable past and uncertain future.

When I first met Nadelmann in the late 1990s, I thought he was nuts. The only people talking about legalizing marijuana were potheads like Cheech and Chong. But here was Nadelmann, a nerdy, wonky, Nate Silver type dissecting the “war on drugs” with cold, hard facts. I was totally convinced by his arguments, but equally convinced that they wouldn’t get anywhere.

I was wrong. Twenty years later, 60 percent of the country supports legalizing marijuana outright, up from 25 percent in the 1990s. Twenty-nine states have medical marijuana, up from zero. Eight have legalized it entirely, up from zero.

Nadelmann himself played a role in most of the ballot referenda that made those changes possible, beginning with California’s medical marijuana initiative in 1996. His organization successfully promoted criminal justice reforms in California, New Jersey, and New York. His TED talk, “Why we need to end the war on drugs,” has been viewed over 1.5 million times.

How has the movement been so successful?

“Some of it was just being disciplined about our messaging,” Nadelmann said. “Some was managing tensions between a professional campaign and grassroots activists.”

And of course, Nadelmann noted, “I was uniquely able to marshal financial resources,” chiefly those of George Soros and fellow billionaires Peter Lewis and John Sperling. Between the three of them, Nadelmann estimated that they spent $30 million between 1996 and 2002.

That’s not quite Koch Network level financing, but it was enough to make a difference; during that period, Nadelmann says “we won fifteen to twenty ballot initiatives on medical marijuana, decriminalization, and other issues.”

But Nadelmann hastened to add that for all the success of marijuana legalization, there’s still a long way to go on the Drug Policy Alliance’s other two major priorities: ending “the drug war’s contribution to mass incarceration,” and “treating drug use and addiction as a health issue.”

And that’s where things get complicated. Several times, Nadelmann compared the drug policy movement to the LGBT equality movement, which likewise began with a few idealistic activists and likewise blossomed in the last two decades. “I’ve always thought of the gay rights movement as the elder sibling of the marijuana reform movement,” he says. And in that analogy, marijuana policy is drug policy’s gay marriage: a visible issue with appeal among the privileged, but only the tip of the iceberg.

Mass incarceration, on the other hand, is less about privileged white folks who want to smoke weed and more about under-privileged people of color caught in a cruel, racist system. Nadelmann says he gained “a profound understanding of role of race and racism in the drug war”: disparate sentencing (powder vs. crack cocaine, for example), disparate enforcement, and, most recently, the announcement that getting busted for a joint is now grounds for deportation.

And he says, “we haven’t hit a tipping point” on mass incarceration, but that “we have hit a turning point. But it’s like turning around an ocean liner—even if you’re pointed in the right direction, it takes a while to actually head in that direction.”

Likewise on shifting from a criminal justice model to a public health model on drug use. “Some of the evidence of our success is when you see former Governor Mike Pence approving needle exchange when he had outbreak of HIV among mostly-white injecting drug users,” Nadelmann said. “But we’re far short of where we need to be.”

More than any policy win, though, Nadelmann says that “the thing that’s given me the greatest personal pleasure and pride has been the role I’ve played in trying to weave together the various strands of this movement,” from “some young man with blond dreadlocks and hemp leaves” to “someone who just got out of 20 years behind bars, an African American man involved in prison ministry” to libertarians to former cops to scientists working on psychedelic research.

“Most come to the movement primarily interested in one thing,” Nadelmann says, “be it HIV, racial justice, sentencing reform, a libertarian perspective, the harms we cause internationally, and so on. You have to broaden out and own all of it. Hearts open up. People coming from the psychedelic world have their eyes opened about the profound racism of drug war. That type of opening of one’s heart and one’s mind to what braoder enterprise is about—my hope is that can continue to grow.”

Ultimately, Nadelmann said, drug policy reformers “may be people who love drugs, people who hate drugs, or people who don’t give a damn about drugs but every one of us believes the War on Drugs is not the way to go about this in our society.”

And yet, the war on drugs is now making a comeback, led by Sessions. What’s it like to exit the stage, I asked, at precisely the moment where the villain has reentered the scene?

But Nadelmann listed three ways in which Trump and Sessions will be a game-changer.

First, “Sessions is a true ‘Reefer Madness’ ideologue. He is determined to throw wrenches into the works… He will appoint hostile US attorneys. He will complicate the ability of states to legally regulate. Some will depend on how much chaos Sessions is willing to create.”

Nadelmann added, “The folks in the marijuana industry are underestimating the threat.”

Second, Nadelmann said, the federal government can award funds to “incentivize local police to make more drug arrests [or] to take licenses away if you’re caught with a joint… All these ugly little things, they’ll begin to do again.”

And finally, there’s what Nadelmann called a “broader climate of fear and hatred and vengeance. They’re bringing back the old, fear-based sentiments of the 1980s and 1990s. And for them it’s all about linking black people and violence, and linking immigrants and Latinos to drugs and drug trafficking.”

Nadelmann said “there’s not much good news around” but “the silver lining on this is that states and localities will double down on reform. When you have extremists in power, you get some of the best opportunities because of overreach. And they will overreach.”

At the end of the day, the battle over drug policy is over a lot more than legal weed or sentencing reform. “This is a battle about sovereignty over our minds and bodies,” Nadelmann said, waxing philosophical at the end of our interview. “There’s no way to undo the devastation or racism of the war on drugs without owning and acknowledging the core element of individual freedom at the heart of all of this.”

This article first appeared in the Daily Beast at: http://www.thedailybeast.com/articles/2017/04/28/legal-weed-s-no-1-warrior-puts-down-his-pipe