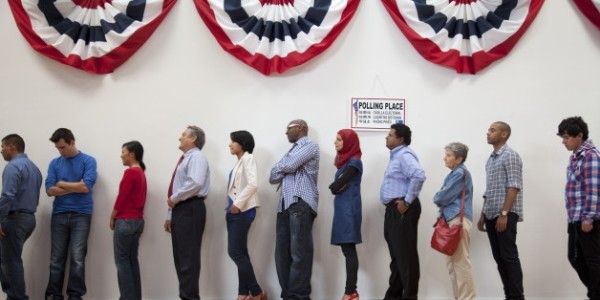 Today, Congresswoman Robin Kelly wrote to Governor Bruce Rauner requesting information about the state’s efforts to secure the upcoming 2018 election after Illinois’ systems were hacked in 2016.

She writes, “Ensuring the security of Illinois’ elections and voter data is not solely the responsibility of the state government. It requires a whole of government approach, including in-depth cooperation at the local, state and federal levels.”

Despite nearly two years of lead time, a recent report from Members of the House Committee on Administration found that Illinois represented a Tier 2 threat state with three current vulnerabilities.

A Tier 2 threat is defined as: “States that have significant election security vulnerabilities but may not be planning on using federal assistance to address their biggest vulnerabilities.”

While the state has applied for funding through the U.S. Election Assistance Commission, it has yet to provide a detailed strategy or plan to use these critical funds to secure the upcoming election.

In closing, Congresswoman Kelly adds, “I look forward to working with you, the State Board of Elections and the Department of Innovation and Technology to ensure a safe, secure, fair and free election in our state and nationally.”

Congresswoman Kelly serves as the Ranking Member of the House’s IT subcommittee. The text of the letter is here.