Ostenburg Wins Re-election in a Landslide 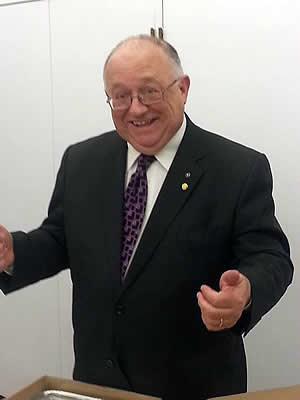 All results are unofficial until final canvassing on April 28.

Will County is expected to release its next update April 21.

In the trustee race, Mae Brandon was the top vote-getter with 1,846, followed by Georgia O’Neill at 1,343. Tiffani Graham currently holds third with 1,145 votes followed by Gary Koycinski, who has 1,137, a difference of only 8 votes.

Jonathan Vanderbilt came in a solid last with 1,085.

According to the Cook County Clerk’s web site, Tuesday April 21 is the deadline for county to complete the validation and counting of provisional ballots. Tuesday, April 21 is also the deadline for the county clerk to complete the tabulation of absentee ballots that were postmarked by the midnight preceding the opening of the polls on election day.

Tuesday, April 28 is the last day for the county clerk to canvass the election results.