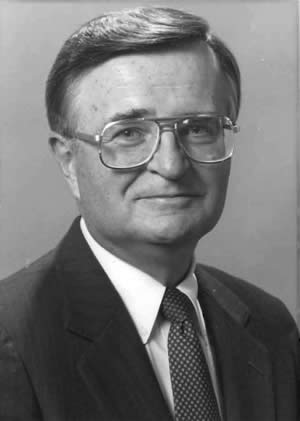 University Park, IL-(ENEWSPF)- Monumental artwork at Governors State University’s Nathan Manilow Sculpture Park (NMSP) will get a new backdrop as the surrounding prairie landscape is restored to its native condition over the next few years.

The move to restore the native prairie, headed by more than a dozen Chicago Southland community leaders, will honor the memory of William H. Dodd, a longtime administrator at Governors State University and an important figure in the formation of the sculpture park.

Funds from the Bill Dodd Memorial Prairie Restoration Fund will be used to reclaim GSU’s sculpture park landscape as a “pre-settlement” prairie. Geoffrey Bates, director and curator of Nathan Manilow Sculpture Park, said invasive plants will be replaced with native flowers, trees, and shrubs. As the restoration proceeds, the sculpture park landscape will be transformed into the same type of prairie settlers might have found in the early 1800s.

“We’ve already begun a program of controlled burns in some parts of the park, and are taking other measures to eradicate invasive plants,” Bates said. “We are planting seeds for native plants. But this is a large area and the restoration is an enormous job.” 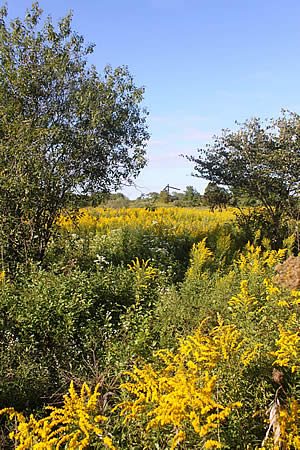 Since forming last year, the Restoration Fund committee has collected more than $13,000 from about 50 donors. Committee members said restoration of the prairie is a fitting memorial to Dodd, who came to GSU in the early 1970s, shortly after the university opened.

GSU has always been the site of monumental sculpture – Mark DiSuvero’s Yes! For Lady Day was completed on the grounds before the university was built – and Dodd supervised early commissions of artwork. He held several positions at GSU, most prominently as Vice President for Development.

“The sculpture park was Bill’s baby,” said David Curtis, who served as an administrator at GSU with Dodd for many years. “He was the first executive director of the park and he worked closely with donors and the artists. It wasn’t a job for him. It was an act of love.”

Jean Bernstein, a leading educator in the south suburbs for decades, said Dodd followed his vision that the sculpture park would become one of the nation’s most prominent collections of monumental artwork. “He wanted it to be a place of artistic beauty and quality, but also a place where people could enjoy themselves,” Bernstein said.

The Nathan Manilow Sculpture Park is now home to 27 monumental pieces by some of the world’s most distinguished modern artists. NMSP is named after Nathan Manilow, who donated much of the land for GSU’s campus. His son, Lewis Manilow, contributed several works of art to the sculpture park and was instrumental in its establishment.

“He cared a great deal about the environment,” said Beverly Sokol, of Olympia Fields. “Now we are going to make sure that the sculpture park is surrounded by plants that truly belong here, and will be able to survive on their own in our Midwest environment.” Sokol, a founder of Healing Racism in the Chicago Southland, said she worked with Dodd on efforts to promote diversity throughout south suburban communities.