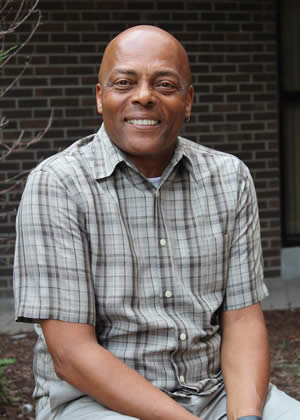 Wilson was recognized for his long history of service to the IHSA. For more than 20 years, Wilson has judged various levels of IHSA State Series Speech Individual Events, Group Interpretation and Drama. And, for the past five years, he has assisted the tournament director with the Speech State Finals. From 2000-2012, he served as an assistant coach at Downers Grove South High School. During his tenure there, his students won nine IHSA Team State Championships. Wilson also was instrumental in creating and currently serves as the co-director of the PSC Speech Team and Summer High School Speech Workshop, a program that prepares high school students in the PSC region for the upcoming tournament season.

Susie Knoblauch, the outgoing IHSA assistant executive director, nominated Wilson for the award, and introduced him at the awards ceremony. Knoblauch was a student of Wilson’s when he taught at Illinois State University, a student member of the speech team he coached, and now a colleague at IHSA Speech State Finals.

“I can attest to his amazing gift as a teacher and coach,” she said. “In the classroom, he created a challenging environment where students not only increased their knowledge and skill in communication, but they developed into a true community of learners.

“As a coach, Elighie helped countless students not only achieve competitive success, but exceed their own expectations.”

Wilson is coordinator of the Communication Program and a speech team coach at PSC. Throughout his career, he has coached speech teams at the university, community college and high school levels, and under his direction, many students have won local, regional and national recognition.

“[Wilson] sees forensics and competition as an extension of the classroom, and is an ambassador for the promotion of what we all teach to young people,” Knoblauch said. “By example, he teaches leadership, professionalism and compassion to not only his students, but to his colleagues.”