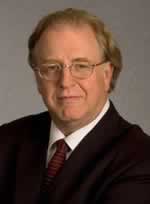 How do you cut down on TV violence without doing violence to free expression?

The impact of violence airing on home screens is not a new subject, but some new thinking — and not a little discussion as a result — has come recently from the Federal Communications Commission, national watchdog over the public airwaves.

The FCC commissioners increasingly have focused in recent years on preventing or punishing what they deem indecent sexual images or utterances on broadcast television. Think fines on broadcasters for Janet Jackson’s “wardrobe malfunction,” for Bono’s use of the f-word in a live awards telecast, or for various Howard Stern “regular” radio comments deemed objectionable.

The FCC’s new report, “Violent Television Programming and its Impact on Children,” suggests that Congress may wish — among other options — to extend its regulatory authority to include limits on violent material. But just as with judging sexual imagery and utterances that may be indecent, there are practical problems in defining what depictions of violence cross the line, going from harmless-and-acceptable to dangerous-and-prohibited. And there still is not proven to any great degree a direct link between violence on TV and the causing of actual crime or violent acts.

I suspect most agree that torture and bloody carnage are at one end of the socially acceptable spectrum of violent scenes and that purely slapstick Keystone Kops kinds of comedic brutality are at the other. But where on the culture meter should a government body put those popular faux-documentary programs where real police officers are shown using brute force in making actual arrests? However they are defined in television guides, bureaucratic offices or corporate boardrooms, those TV shows certainly are not “news programs” nor are they civics-lesson tutorials on how police agencies function.

And what about blood-and-bash reality shows that purport to be full-contact “sports” events, or professional boxing matches? What about war movies — to say nothing of the real war images from Iraq, Afghanistan and elsewhere? What about private-investigator shows and law-and-order shows and soap operas where someone is always in danger, and … well, you get the idea, and perhaps a sense of the difficulty.

In theory, the solution to dealing with TV violence that probably fits the First Amendment best is the “marketplace of ideas”: We all move from electronic stall to stall, using the television remote to stuff our viewing bags full. Of course, a real marketplace works because we get to squeeze, sniff and examine the produce before we buy it.

National surveys in 2004 and 2005 by the First Amendment Center found that Americans see government a distant third – behind parents at 80% and the producers of television programs at 10-15% – as parties that should be primarily responsible in determining what’s seen on the family screen.

TV ratings and brief program descriptions are a start. More and better information for parents and others to use in deciding what programs to watch puts decision-making in the hands of citizens, not censors. Specific, accurate information that spells out violent acts empowers parents and others. And having to be brutally honest about the brutality portrayed at least puts program producers on the public record about the material they present.

Yes, a program guide that notes “one murder, two shootings and one fistfight” may seem ghoulish to some and laughable to others. But it would settle an issue raised by some that parents today can’t predict what their children will see in an unregulated environment.

Ironically, the FCC report notes the popularity of violent programming even as it cites that very popularity as one reason to act against it. Sounds a bit like the nation’s experiment in Prohibition — and we all know how well that worked. In reality, the media marketplace has demonstrated well that when Americans truly are exercised over something they don’t like on “the tube,” things happen. Just ask Don Imus.

Violence may well be a national turn-off for many parents, political leaders and FCC commissioners. But the public ought to be very careful about handing over the national TV remote control to the heavy hand of government so that it can restrict the free choice of some viewers to tune in.

We ought to remember the words of Jack Paar, acerbic talk-show pioneer and host of the “Tonight Show” in the early 1960s, who once said of censorship, individual choice and television content (in an era when TV sets had dials): “God gave me a mind and a wrist that turns things off.”