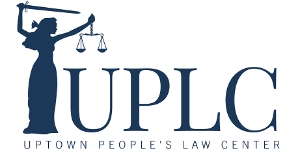 Officials transferred victim to another prison in retaliation for reporting

A lawsuit was just filed on behalf of “Jane Doe,” a survivor who alleges that she was the victim of repeated sexual assaults by correctional counselor Richard Macleod. These assaults occurred while Ms. Doe was imprisoned at Logan Correctional Center. Ms. Doe is 29 years old, has completed her incarceration, and is a resident of McHenry Country. The lawsuit was filed by Uptown People’s Law Center.

The lawsuit alleges Ms. Doe was threatened with solitary confinement and an extended prison term if she reported his misconduct. Macleod would regularly expose himself to Ms. Doe and make sexual comments to her. On two occasions, he coerced her to have non-consensual sexual intercourse with him, and on two other occasions he coerced her to perform non-consensual oral sex on him. The repeated assaults happened from August 2016 through April 2017.

“The public needs to know what is happening in our prisons. Prisoners have no voice or any control over what goes on in there; the people we rely on are the same people who are abusing us,” said Ms. Doe.

Ms. Doe was required to go through Macleod in order to have phone calls with her nine-year-old daughter, and to receive a work assignment, which are coveted by prisoners.

“Sexual contact of any kind between prison staff and a prisoner is a class three felony,” said Nicole Schult, attorney with Uptown People’s Law Center. “Macleod took advantage of a woman who missed her young daughter, leveraging his power within the prison to obtain sexual favors. Let’s call that what it is: rape.”

When Ms. Doe gathered enough courage to report the assaults, she was immediately and involuntarily transferred to Decatur Correctional Center. With this retaliatory transfer, she lost the friends and support system she had at Logan, as well as the ability to complete a cosmetology program, which would give her greater employment opportunities once she was released from prison.

The copy of the lawsuit filing can be downloaded here.