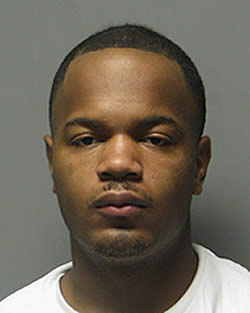 Park Forest, IL–(ENEWSPF)– A Park Forest man was charged with first degree murder Saturday in connection with the July 3 death of his 3-month-old daughter.

According to a press release issued by the Park Forest Police Department, on July 2, 2010, Park Forest Police and Fire Units responded to the 100 block of Hemlock Street regarding a report of a non-responsive infant. The child was revived and transported to St. James Hospital in Chicago Heights. The 3-month-old girl was later taken to Provena St. Joseph Medical Center in Joliet.

An autopsy was performed by the Will County Coroner’s Office on Monday, July 5, and showed the child died as the result of head trauma, the release said. The coroner ruled the death a homicide, according to the release.

On July 10, the father of the child, 19-year-old Kejuan Hunt, of the 100 block of Hemlock Street in Park Forest, was charged with first degree murder, the release said. Kejuan Hunt is scheduled to appear in the 6th District Court in Markham on July 11 for a bond hearing, the release said.

Kejuan Hunt is also charged with theft and battery on an unrelated matter, the release said.