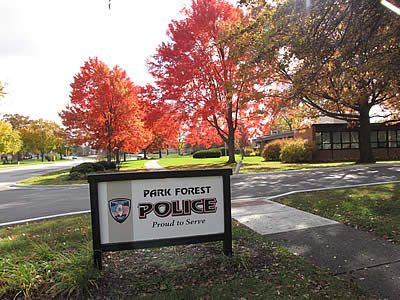 Police were dispatched to a residence in the 200 block of Indiana Street on November 22 to investigate a report of an unwanted subject. The subject was advised to leave. There were no charges as the resident did not desire to file charges.

A 2001 Chevrolet Malibu, Illinois license plate P234100, was reported stolen from the first block of North Arbor Trail on November 23.

A stove valued at $600, a refrigerator valued at $800, a microwave valued at $300, and a furnace are among items reported stolen from a residence in the 400 block of Illinois Street on November 24.

Police were dispatched to a residence in the 200 block of Lakewood Boulevard on November 25 to investigate a report of domestic battery. Police have suspect information and are investigating.

The rear passenger side tail light of a vehicle parked in the first block of South Orchard Drive was reported shattered on November 25.

A stove, a washer/dryer, and a row of white metal cabinets were reported stolen from a residence in the 400 block of Winnemac Street on November 27.

Police were dispatched to the Currency Exchange in the first block of South Orchard Drive on November 27 when someone attempted to cash a fraudulent check in the amount of $400. The person cashing the check did not believe that the check was fraudulent. Police are investigating.

A window of a residence in the 400 block of South Orchard Drive was shattered with a tire iron on November 27. Police have suspect information and are investigating.

Link M. Gatlin, 20, 3 158th Pl, Calumet City, was arrested on November 27 and charged with criminal damage to property and possession of cannabis when police responded to the area of Blackhawk Drive and Suwanee Street to investigate a report of an individual striking a side mirror of another vehicle. According to police, Gatlin and two other men were pushing a disabled vehicle along Blackhawk Drive. A vehicle following the disabled vehicle attempted to go around the disabled vehicle when, according to police, Gatlin allegedly swung his arm out and hit the passenger side mirror of the passing vehicle, causing it to crack.

Kameel D. Simmons, 28, 242 Arcadia St., Park Forest, was arrested on November 27 and charged with obstructing identification, failure to yield when turning left, no rear registration plate light, illegal transportation of alcohol by a driver, operating a motor vehicle with a suspended driver’s license, and no valid insurance. According to police, an officer observed the vehicle Simmons was driving eastbound on 26th Street from Western Avenue allegedly make a left-hand turn without yielding to oncoming traffic. Additionally, police say the vehicle did not have a rear registration light. Simmons was also processed on an outstanding warrant out of DeKalb County.

The passenger side window of a truck parked in the 100 block of LaRue Street was reported shattered on November 29.

Deshawn L. Mickey, 24, 235 Berry St., Park Forest, was arrested on November 29 and charged with domestic battery when police responded to a residence in the 200 block of Berry Street to investigate a report of a domestic disturbance.

Quincy L. Jones, 23, 7 Sangamon Ct., Park Forest, was arrested on November 29 and charged with domestic battery and criminal damage to property when police responded to Sangamon Court to investigate a report of a domestic disturbance.

A 50-inch Sanyo television, an Xbox 360 game system, and two watches are among items reported stolen from a residence in the first block of Indianwood Boulevard on November 30 during a residential burglary.

Darius J. Bell, 29, 14945 Washington Ave., Apt. 1F, Harvey, was arrested on November 30 and charged with retail theft when police responded to a business in the 100 block of South Orchard Drive to investigate a report of retail theft.

Martell Morris, 19, 4034 W. Washington, Chicago, was arrested on November 30 and processed on an arrest warrant out of Cook County on a charge of possession of a controlled substance when police responded to Fir Street, Court J-11, to investigate a report of three subjects soliciting. Subjects told police they were selling electricity door to door but did not have a permit to solicit from the Village of Park Forest, according to police. The other two subjects were issued municipal tickets charging soliciting without a permit.