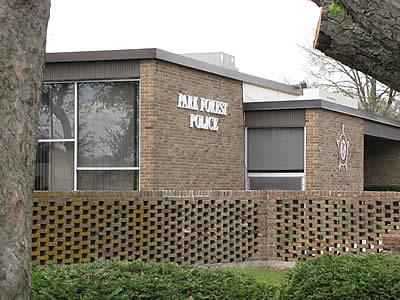 Darius M. Scott, 24, 7620 S. Evans Ave., Chicago; Andre T. Williams, 19, 1428 N. Mohawk St., Apt. C, Chicago; and Oliver Smallwood, 23, 200 S. Wacker Dr., Chicago, were arrested on May 11 and issued citations charging soliciting without a proper village permit when police responded to the first block of Fir Street to investigate a complaint of solicitors in the area soliciting for an energy company, according to police.

A black Dell Chrome Book 11, serial number 5JDQX02, was reported stolen from a classroom in Rich East High School on May 13.

A large amount of lighter fluid was discovered to have been poured on the cover of a boat which was parked in the driveway of a residence in the 200 block of Berry Street on May 13. Police are investigating.

A kitchen window of a residence in the 200 block of Tampa Street was reported shattered on May 14.

A resident told police on May 14 that she discovered three unauthorized transactions on her debit/credit card in amounts totaling $264.85. Police are investigating.

Orman E. Keys Jr., 51, 12251 S. May St., Chicago, was arrested on May 15 and charged with retail theft when police were dispatched to a business in the first block of Main Street to investigate a report of retail theft.

Chadrick M. White, 19, 2372 Western Ave., Park Forest, was arrested on May 15 and charged with retail theft when police were dispatched to a business in the first block of Main Street to investigate a report of retail theft.

Approximately $5 cash, three pairs of sunglasses, and an iPass are among items reported stolen from a vehicle parked in the 400 block of Indianwood Boulevard on May 16. The vehicle had been left unlocked, according to police.