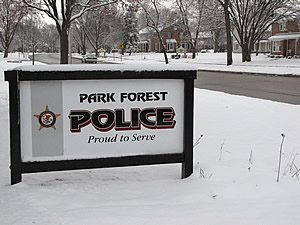 Special thanks to Ken and Sue Kramer for helping to proofread these reports.

A Dell computer valued at $1500, a Sony PS3 game console with two controllers valued at $250, and a Sony PS3 NBA video game valued at $50, were reported stolen from a residence in the 200 block of Arcadia Street on November 26.

A window of a residence in the 200 block of Somonauk Street was reported shattered by a rock on November 27.

A Jenson CD/TV stereo combo valued at $250 was reported stolen from a vehicle parked in the 200 block of North Orchard Drive on November 28. The driver’s side window of the vehicle had been shattered to gain entry, police said.

Police were dispatched to the 300 block of Neola Street on November 28 to investigate a complaint of an unwanted subject. There were no arrests.

A door of a residence in the 300 block of South Orchard Drive was reported kicked in on November 28. Police gathered evidence from the scene and continue to investigate.

Police were dispatched to the first block of East Rocket Circle on November 29 to investigate a report of domestic battery. Police have suspect information and continue to investigate.

A checkbook and driver’s license were reported stolen from a purse belonging to an employee of the Rich Township School District on November 20.

An officer was dispatched to the Park Forest Police Department on November 29 in reference to a report of telephone harassment. A woman told police that she received a number of text messages from an ex-boyfriend where he allegedly made threats to her current boyfriend and also said that he found out where she lives according to police. Police have suspect information and continue to investigate.

A silver and black Acer laptop valued at $680 was reported stolen from a residence in the 200 block of Miami Street on November 20.

An officer was dispatched to the Park Forest Police Department on November 30 to investigate a report of a domestic battery. There were no arrests.

A woman attending   a girl’s basketball game at Rich East High School on November 30 told police that she was in the main gym and set her wallet down while she tied her shoe. When she finished tying her shoe, she found that her wallet had been taken. Police continue to investigate.

The front passenger side window of a vehicle parked in the 300 block of Sauganash Street was reported shattered on November 30. Additionally, a purse was reported stolen from the vehicle.

Garrick M. Johnson, 25, 600 Cedar Ridge Lane, #206, Richton Park, was arrested on December 1 and charged with possession of cannabis and issued traffic citations charging speeding and illegal transportation of alcohol when an officer conducting stationary traffic enforcement near the intersection of Western Avenue and Norwood Boulevard observed that the vehicle Johnson was driving allegedly registered 60 mph in a posted 35 mph zone on the radar in the officers vehicle, according to police.

All four tires of a vehicle parked in the 23400 block of Western Avenue were reported stolen on December 1. Police say the tires and rims are valued at $1600 total. The vehicle was left resting on cinderblocks, according to police.

The rear license plate of a vehicle parked in the first block of Park Street was reported stolen on December 2.

A Toshiba laptop computer valued at $1000, an Apple G5 desktop computer case valued at $500, an LG 22-inch LCD monitor valued at $250, a handgun valued at $200, and a pair of black and white Nike shoes valued at $150 were reported stolen from a residence in the 100 block of Nashua Street on December 2.

A cell phone charger valued at $30 and a book bag containing a math book and school supplies valued at $50 were reported stolen from a vehicle parked in the 300 block of Blackhawk Drive on December 2.

A glass of a storm door of a residence in the 400 block of Lakewood Boulevard was reported shattered on December 3.