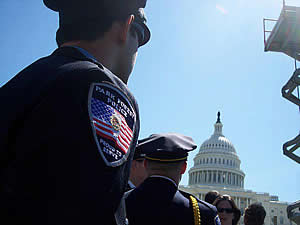 A juvenile was arrested on January 31 and processed on a charge of theft when an officer working at Rich East High School was advised that a theft had just occurred in front of the school. A second juvenile was arrested and processed on a charge of felony aggravated battery to a police officer, resisting a police officer and theft.

Police were dispatched to the 100 block of Ash Street in reference to a report of domestic battery on February 1. Police have suspect information and are investigating.

Police say five juveniles were walking eastbound on Lakewood Boulevard from Forest Trail Middle School on February 1 when a vehicle pulled up next to them and a passenger displayed a handgun out of the rear driver-side window, asking the juveniles if they were members of a gang. The juveniles stated that they were not and the vehicle sped off. One of the juveniles ran home, advised a relative of what happened, and the relative called police.

Angela A. Boone, 23, 2624 198th St., Lynwood, was arrested on February 3 and charged with resisting a peace officer, possession of cannabis, unauthorized use of a parking place reserved for a person with disabilities, and driving under the influence, when police responded to a business in the 400 block of Sauk Trail to investigate a report of a domestic disturbance.

Police say a vehicle was reported stolen from the 400 block of Suwanee Street on February 3. The vehicle was located by a Cook County Sheriff’s officer in Ford Heights later the same day. The vehicle was towed to the Park Forest Police Department.

A television was reported stolen from a residence in Allegheny Court on February 4.