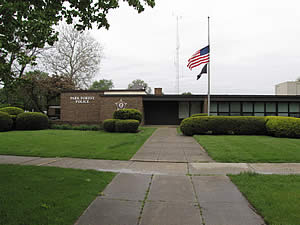 Park Forest, IL–(ENEWSPF)– Editor’s Note: There are fewer reports this week because the Park Forest Police Department is in transition regarding the manner in which officers file reports. Gone are the “whites” and “yellows,” denoting colors of the paper used for the reports. Gone as well are handwritten reports. Officers began last week to file all reports on computer. We understand that, hopefully beginning the end of this week, the press will be given access to read-only copies of these reports, accessed online, while in the station.

We wish the PFPD well as it continues to innovate, and look forward to a more complete report next week.

Once again, special thanks to Ken and Sue Kramer who helped proofread these reports..

A Tom-Tom GPS valued at $150 was reported stolen from a vehicle parked in the 400 block of Suwanee Street on May 10. The driver’s door window had been shattered to gain entry to the vehicle.

A resident told police on May 13 that $2500 cash, a gold ring with six diamonds valued at $800, a gold ring with a heart-shaped diamond valued at $600, and the car title for a 1972 Chevy Camaro, the car title for a 1981 Cadillac Eldorado, the car title 14 1995 Dodge ram pickup truck and a title for a Honda CBR motorcycle were stolen from his residence in the 100 block of Ash Street. The resident provided police with names of two women he suspected may have taken the money, jewelry and titles, further telling police that he received several text messages from an unidentified number with messages saying things like, “we got your stuff,” and “we got her bank account and checking number.” Detectives are investigating.

Police were dispatched to the Park Forest Police Department on May 14 to investigate a report of domestic battery. Police continue to investigate.

Police say a resident in the 400 block of Navajo Street told them $90 cash had been stolen from his house on May 15. Police observed the rear entry door of his residence was open and the window of the door had been shattered.

Police were dispatched on May 15 to the Citgo Gas Station on Sauk Trail just before midnight in reference to a report of an armed robbery that had just occurred. A Matteson woman told police that she was the victim of an armed robbery that had occurred in Central Park in Parked Forest. She said three unknown black males approached her and took three Swisher Sweets cigars, five small Ziploc bags of cannabis and her white T-Mobile cell phone. She said one of the subjects was armed with a black gun and he pointed at her during the robbery. Police continue to investigate.

Police were dispatched to the 100 block of Shabbona Drive on May 15 to investigate a report of criminal damage to property. A woman told police that she was the tenant at this rental property and that she had domestic problems with her boyfriend. She left the residence sometime in the beginning of April 2011 and had been staying at a shelter for battered women. She was informed on May 11 that the Park Forest Building Department was at the residence conducting a premise exam and observed damage to the residence. She returned to the residence on May 15 and observed new damage to an interior wall located inside the living room. She immediately notified police.

Ramone K. Little, 22, 229 Somonauk Dr., Park Forest, was arrested on May 15 and charged with misdemeanor resisting when police were dispatched to the intersection of Oswego and Neola Streets shortly after 4 p.m. to investigate a report that two men were fighting in the middle of the intersection. When the officer approached and yelled to the subjects to stop fighting, both subjects continued fighting and disregarded the officer’s instructions, according to police. The juvenile with whom he had been fighting was issued a municipal citation charging resisting.

Previous articleIn and Around Park Forest Week of May 23, 2011
Next articlePraise for a Brave Woman; Shame for a Cowardly Man