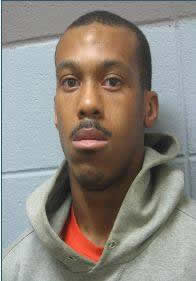 Park Forest, IL-(ENEWSPF)- The Park Forest Police released a statement regarding the arrest of a residential burglary suspect:

"Dennis Guider, age 21, of Park Forest, has been charged with two counts of Residential Burglary after an investigation by Detective Morache implicated Guider in committing burglaries on the 300 block of Winnebago St. and the 100 block of Westwood Drive in December of 2014. Stolen property was also recovered.

"The Park Forest Police Department has a high clearance rate of Residential Burglaries, and ensuring the arrest of anyone who violates a resident’s home is among their top priorities. You really don’t want to be on our detectives’ radar."