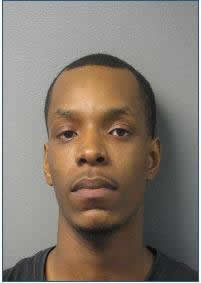 Park Forest, IL-(ENEWSPF)- According to a statement from the Park Forest Police Department, police have cleared a garage burglary in the 100 block of Hay Street.

"A combination of Patrol and Investigations Division work lead to the clearance of a garage burglary on the 100 block of Hay St.

"The crime originally occurred on 1/6/15 and police investigation culminated in the felony charge of Burglary filed against Donnell Jones on 1/16/15. Jones was charged after it was learned that he had pawned a stolen item, and subsequent investigation lead to his admission to the burglary.

"Officer Bregin and Detective Morache were instrumental in clearing this crime in the Lincolnwood Subdivision."

Note: An arrest does not mean that a person is guilty. All those arrested are presumed innocent until proven guilty.