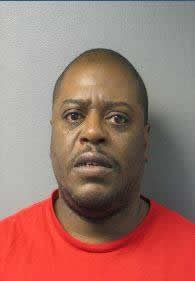 "On 2/9/15, Officer Johnson responded to a home on the 100 block of Algonquin St. to look for a man wanted by another agency for multiple felony retail thefts in that north Chicago suburb. The officer made contact with the man, Anthony Howse, age 43 of Park Forest, who refused to comply with officer commands and attempted to flee into his home. Officers Johnson and Wolski pursued the man who continued to fight attempts to handcuff him, and after further struggle took him into custody. Howse was charged with Resisting a Police Officer in Park Forest before being turned over to the original investigating agency to face charges in that jurisdiction."