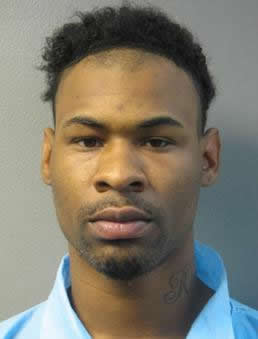 Park Forest, IL-(ENEWSPF)- Park Forest police arrested and charged a 22-year-old man and a 16-year-old boy in connection with a sexual assault and home invasion in the 300 block of Somonauk Street, according to police.

According to a release from the Park Forest Police Department, police responded to the area of Somonouk and Shabbona regard a report of a dog running loose on Thursday, February 28, at approximately 10:30 p.m. While investigating that matter, police located a residence that had apparently been burglarized in the 300 block of Somonauk Street but found no one home, according to police.

The suspects then fled, according to police.

The victim was taken to an area hospital for treatment. Park Forest investigators responded and assistance from the Illinois State Police Crime Scene Services was requested.

According to police, the suspects were located in the morning hours of Friday, March 1, at which time the two were held while the investigation continued.