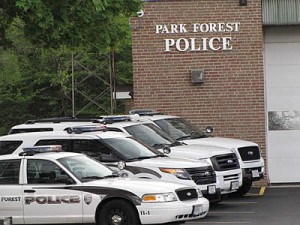 An Apple iPhone 6S valued at $667 was reported stolen from a locker room at Rich East High School on November 11.

A catalytic converter was reported stolen from a vehicle parked in the 200 block of Dogwood Street on November 12.

Two Michael Kors watches and a white gold bracelet with diamonds around it were reported stolen from a residence in the 100 block of Hay Street on November 13. According to the resident, she received a call from her alarm company stating that an interior alarm had been activated. When police arrived, they found the front door completely closed but unlocked.

Vivian D. Chew, 57, 913 Blackhawk Dr., University Park, was arrested on November 14 and charged with one count of misdemeanor retail theft when police were dispatched to a business in the 100 block of South Orchard Drive to investigate a report of retail theft.

A microphone and and Apple laptop computer were reported stolen during a burglary at a church in the 300 block of Westgate Drive on November 17.

A juvenile was arrested on November 17 and issued a municipal citation charging possession of cannabis and a citation charging failure to report an accident when police were dispatched to Western Avenue and Steger Road to investigate a report of a vehicle involved in a hit and run with a traffic control device.

A door of a residence in the 300 block of Main Street was discovered wide open on November 18. According to police, it appeared that someone had damaged the door by using some sort of force. Police discovered a shoe impression on the lower left portion of the door and a dent just below the door knob. No one was located inside the residence and nothing appeared to be missing, according to police.

The rear windshield of a vehicle parked in the 21000 block of Central Park Avenue was reported shattered on November 18.