Vermont: Lawmakers Approve Measure Eliminating Penalties For The Adult Use Of Marijuana 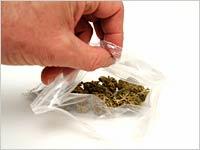 House and Senate lawmakers have approved legislation, Senate Bill 22, to eliminate criminal and civil penalties specific to the adult use and possession of marijuana.

The measure amends state law so that the possession of up to one ounce of cannabis and/or the cultivation of up to two mature plants (and up to four immature plants) is no longer subject to penalty. It also establishes a nine member commission to make recommendations to the legislature regarding how best to regulate the adult use marijuana market.

If enacted into law, the penalty changes would go into effect on July 1, 2018.

Senate Bill 22 now awaits action from Gov. Phil Scott, who has previously expressed support for decriminalizing marijuana but has also said that “the timing’s not right” for legalization. In February, his office came out strongly in opposition to a more expansive Senate proposal that sought to license and regulate the commercial cultivation and retail sale of cannabis to adults.

Vermont’s legislature is the first ever to approve legislation eliminating criminal and civil penalties for adults who possess or grow marijuana for non-medical purposes.