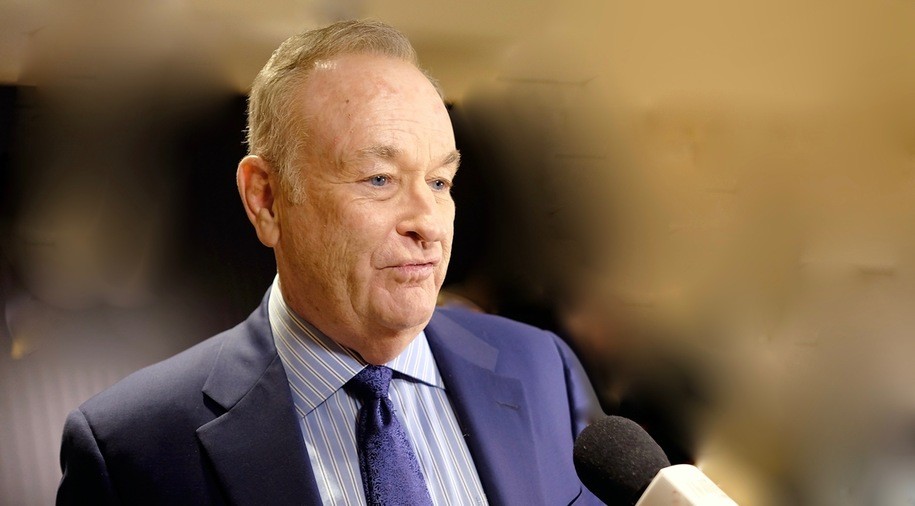 Heads are still rolling at Fox News since CEO Roger Ailes was forced to resign after allegations of extreme sexual harassment and abuse. A lawsuit was filed with the New York Supreme Court by a group of women including former anchor Andrea Tantaros.

On Tuesday, Tantaros hit Fox’s most infamous host Bill O’Reilly with a sexual harassment claim. (O’Reilly was previously sued in 2004 by Andrea Macros for lewd, lascivious, vile and threatening behavior and she reportedly settled for millions.) Tantaros is claiming O’Reilly invited her to rendezvous with him in Long Island. He wanted to see that “wild side.” Think Progress reports:

Commencing in February 2016, Bill O’Reilly (“O’Reilly”), whom Tantaros had considered to be a good friend and a person from whom she sought career guidance, started sexually harassing her by, inter alia, (a) asking her to come to stay with him on Long Island where it would be “very private,” and (b) telling her on more than one occasion that he could “see [her] as a wild girl,” and that he believed that she had a “wild side.” Fox News did take one action: plainly because of O’Reilly’s rumored prior sexual harassment issues and in recognition of Tantaros’s complaints, Brandi informed Cane that Tantaros would no longer be appearing on O’Reilly’s Fox News show, The O’Reilly Factor.

The unraveling of Fox was further exacerbated when Tantaros implicated a Roger Ailes replacement, Bill Shine. Allegedly Shine told Tantaros to “let this one go” after she complained to him about Ailes’ harassment. Tantaros believes she was ultimately smeared by Fox and taken off the air last April for not going along with the sexual advances and harassment by co-workers and bosses. She also names former Massachusetts Senator Scott Brown and actor Dean Cain as sexual harassers while she was employed with Fox.

Tantaros states that Brown reportedly put his hands around her lower waist while they were in a lunch line.”

“On or about August 18, 2015, former Massachusetts Senator Scott Brown appeared on Outnumbered. Brown made a number of sexually inappropriate comments to Tantaros on set, including, and in a suggestive manner, that Tantaros ‘would be fun to go to a nightclub with.’ After the show was over, Brown snuck up behind Tantaros while she was purchasing lunch and put his hands on her lower waist. She immediately pulled back, telling Brown to ‘stop.’ Tantaros then immediately met with Shine to complain, asking him to ensure that Brown would never be booked on the show again. Shine said that he would talk to Scott. Thereafter, Shine and Scott ignored Tantaros’s complaint, and continued to book Brown on Outnumbered,” the complaint alleges.

Brown denies the claim and tells WCVB in a statement that Tantaro’s claims are false.

“For the record, her statement about our limited on air, green room interactions are false. There were never any circumstances of any kind whatsoever in which I had any interaction with her or any other employee at Fox, outside the studio,” Brown said in a statement to WCVB. “If there was ever a chance encounter at a restaurant, or public place, all interactions were professional and cordial. All interactions and contacts were in the studio in NYC and always in full view of all staff, personnel and talent.”

Putting a nail in the coffin, Tantaros slams Fox News, calling their “family values” company a:

Tantaros is seeking $49 million in emotional and financial damage.

Sexual harassment on FOX is nothing new. Here’s a video compilation of 20 Sexist Remarks On Fox News created by Media Matters in 2013. (Grab the air sick bag.)

Previous articleIn and Around Park Forest for the Week of August 28, 2016
Next articleGKC Wheel of Crafts to Present Sherry Floyd-Radonovich Pancreatic Cancer Awareness Charity Event and Block Party on Saturday, September 10