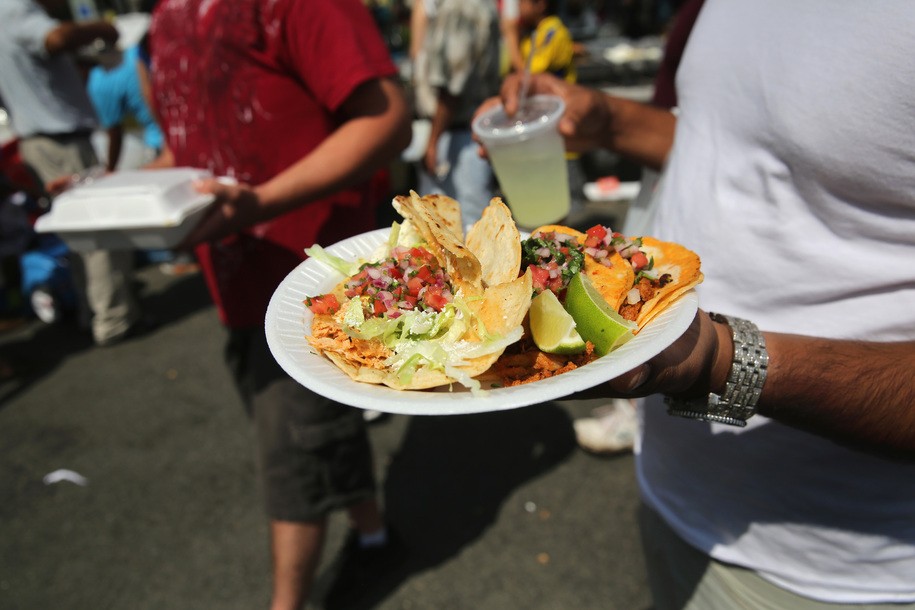 The other day, Donald Trump went to “speak” at a church in Detroit. The idea was to be able to take photographs and video in which black people and Donald Trump would share the same frame. Trump’s numbers with groups that aren’t relatively lower-middle class and white (and women), is next to nothing. While Donald Trump’s creativity as a businessman is doubtful, his visit did bring out the entrepreneurial spirit in Nancy Paz, a Mexican immigrant. Paz and her family took their business, the Tacos El Caballo truck, to set up as near as legally possible to the church Trump was visiting. NPR reports:

“Because Donald say the Mexican people, they doesn’t work,” Paz told Pluta. “We come here to say, yes, we work hard, for the family.”

The truck did brisk business this morning — so much so that a form of surge pricing kicked in, raising the price for a steak, pork, or chicken taco from $1.50 to $2.50, Pluta reports.

Get them while they’re hot!