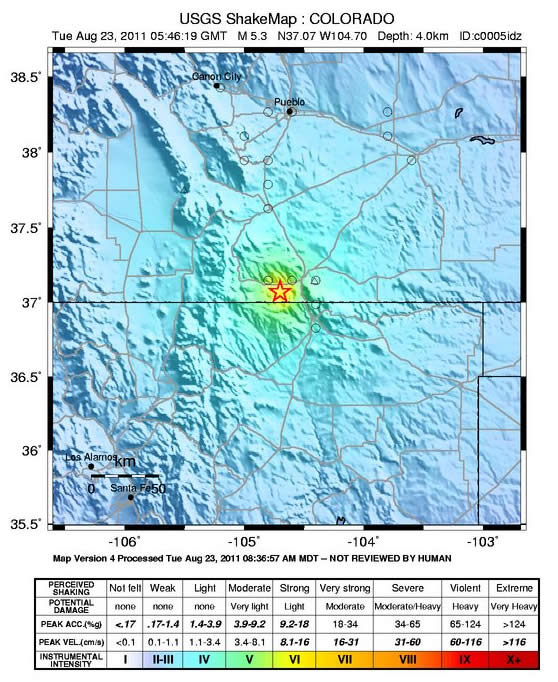 The 5.3 magnitude quake struck an area in the central part of Colorado Tuesday, August 23, 2011 at 05:46:19 UTC, 12:46:19 AM (CDT) – Central Daylight (Chicago), about 290 kilometers south of Denver. This was the strongest of at least eight earthquakes that occurred within a miles of one another beginning Monday morning.

A local sheriff’s dispatcher reported several homes were damaged and a rockslide was reported near a highway.