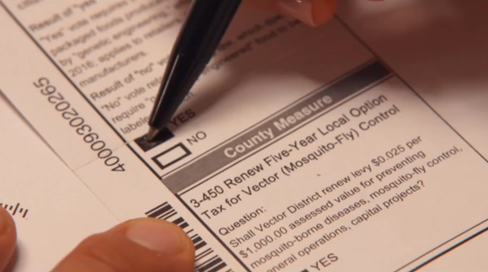 Portland, Oregon—(ENEWSPF)–October 30, 2014.  Funding to defeat Measure 92 in Oregon has skyrocketed to $18.7 million, according to the latest campaign finance disclosures. The ballot initiative, which would mandate labeling of genetically engineered foods in the state, has faced forceful opposition and deep pockets of numerous corporations, most notably Monsanto Co. The previous record for spending on an Oregon ballot initiative, for both sides combined, was $12 million. Measure 92’s opponents have now blown past that record, alone, with still a week to go. Monsanto has donated nearly $5 million, Dupont Pioneer $4.5 million, Dow AgroSciences over a $1.1 million, with Pepsi and Coke, who use sugar and corn genetically engineered to be resistant to herbicides in their products, combining for over 3.5 million.

“In America, elections should not be for sale, bought by the highest corporate bidders, but that is what Monsanto and other pesticide companies are doing in Oregon. It is truly astounding the lengths they have gone to deny Oregon families a basic piece of information,” said George Kimbrell, from Center for Food Safety’s Portland office. “Don’t be fooled, Oregonians: trust yourselves, not pesticide companies. Don’t let them buy this election.”

As the No campaign floods the airways with deceptive advertising, the grassroots momentum in support of Measure 92 is remaining strong. In Colorado, where a similar ballot initiative is also up for a vote, the anti-labeling side has spent over $16 million, hugely outspending the Yes on 105 campaign. In all, companies funding anti-labeling campaigns have spent over $100 million in just four states – California, Washington, Oregon and Colorado.

If successful, Oregon would be the fourth U.S. state to require GE labeling. Connecticut and Maine each passed GE labeling laws this past spring, but both bills include a trigger clause requiring several other states to also pass labeling bills before the new laws can be implemented. Vermont was the first state to pass a no-strings-attached labeling law, set to go into effect in 2016. 64 countries around the world, including all Europe Union countries, Japan, Russian and even China, already require genetically engineered food to be labeled.