Washington, DC–(ENEWSPF)–August 5, 2014.  A new study finds that female mice exposed in utero to the pesticide DDT are at greater risk for obesity and type-2 diabetes, adding to a growing body of literature linking metabolic diseases to pesticide exposure.

The study, titled Perinatal Exposure of Mice to the Pesticide DDT Impairs Energy Expenditure and Metabolism in Adult Female Offspring, was published in the journal PLoS One. Researchers measure and compare metabolic abnormalities in female mice that were exposed in utero to DDT against a control group of those that were unexposed. After exposure, the two groups were then fed high-fat diets for 12 weeks in adulthood. Females exposed to DDT around the time of their birth were more likely to develop insulin sensitivity, glucose intolerance, high cholesterol, and metabolic complications that could result in liver disease. 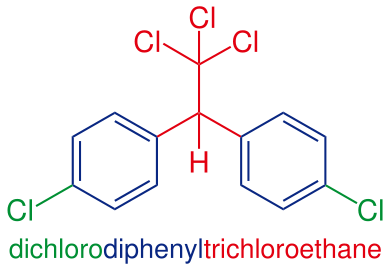 These results suggest that DDT exposure in and around the time of gestation cultivates conditions that increase an individual’s likelihood of accumulating excess fat over the course of one’s lifespan. Additionally, the results find that changes in the way fats and carbohydrates are metabolized can increase the risk of developing metabolic syndrome, which is a precursor to type-2 diabetes.

The researchers’ observations also have other significant implications: the effects of early DDT exposure may not show up until much later in life, signaling a delay between cause and effect. Researchers initially noted subtle differences in DDT-exposed females in young adulthood –they had slightly lower core temperatures than their non-exposed counterparts and appeared to expend fewer calories as a result of their daily activities. Exposed female mice were slightly heavier and carried a bit more fat as young adults, or about two to five months after birth. Clearer signs did not appear until the DDT-exposed female mice reached six months of age. Researchers found impaired glucose tolerance, fasting glucose, insulin, and lipid levels in this group of mice. Furthermore, when the exposed and unexposed mice were put on a high-fat diet at six months, their weight and metabolic health diverged significantly.

DDT is also associated with multi-generational effects. A study published last year in the journal BMC Medicine found that the third generation of pregnant rats injected with DDT, while there was no change in obesity levels in their offspring, exhibited dramatically higher levels of fat and weight gain despite not being directly exposed to the pesticide themselves. “Here is an ancestral exposure in your great-grandmother, which is passed on to you and you’re going to pass on to your grandchildren,” said Michael Skinner, Ph.D., a professor of biological sciences at Washington State University who led the research. More recently, Dr. Skinner’s laboratory found that gestating rats exposed to the pesticide methoxychlor develop a higher incidence of kidney disease, ovary disease, and obesity in offspring spanning three generations, with the incidence of multiple diseases increasing in the third generation (the “great-grandchildren”) of the originally exposed rats. Methoxychlor, an organochlorine compound that was eventually cancelled in 2003, was initially developed as a “safer” replacement for DDT. Methoxychlor is similar to the hormone estrogen and profoundly affects the reproductive system. It is also listed as a persistent, bioaccumulative, and toxic (PBT) chemical by the Environmental Protection Agency (EPA) Toxics Release Inventory (TRI) program. PBT chemicals are of particular concern not only because they are toxic, but also because they remain in the environment for long periods of time, are not readily destroyed, and build up or accumulate in body tissue.

DDT was widely used in the United States and Europe to control mosquitoes and other insects carrying malaria, polio, and typhus from the late 1940s until 1972, the year it was banned. Although evidence of toxicity to the environment and health led the U.S. to ban its use, DDT is still used in some less-developed countries to control malaria. In addition to its toxicity, DDT is greatly persistent and bioaccumulative in the environment; in fact, it has been found in large amounts in areas like the San Francisco Bay canal where the chemical is still poisoning fish and posing a threat to human health despite cleanup attempts. EPA has classified DDT and its breakdown products DDE and DDD as PBT pollutants.

Although DDT is not hypothesized to be the sole contributor to the current obesity and diabetes epidemic in the US and other parts of the world, it is just one of many possible environmental factors, along with flame retardants and bisphenol A (BPA), that have been linked to growing incidence rates over the past few decades. Other pesticides, like the aforementioned methoxychlor, tributyltin, and hexachlorobenzene, for example, also are correlated with these diseases. These chemicals and many others are considered to be endocrine disruptors, or chemicals that interact with the body’s endocrine system and have the ability to affect the development (including sexual development), growth, reproduction, and behavior of both animals and humans. As a result, endocrine disruption is the mechanism for several health effect endpoints. More than 50 pesticide active ingredients have been identified as endocrine disruptors by the European Union and endocrine disruptor expert Theo Colborn, Ph.D, founder and president emeritus of The Endocrine Disruption Exchange (TEDX).

Beyond Pesticides’ Pesticide-Induced Diseases Database is a great resource for additional scientific literature that documents elevated rates of diabetes as well as other chronic diseases and illnesses among people exposed to pesticides.