Washington, DC–(ENEWSPF)–December 2, 2013.  Today, Beyond Pesticides, Center for Food Safety and Pesticide Action Network, supported by Ceres Trust and joined by more than 60 other organizations, launched a national media campaign to bring attention to the severity of pollinator declines due in part to the use of bee-harming pesticides. The campaign launch was timed to coincide with the beginning of the European Union’s two-year moratorium on three of the most potent neonicotinoids, which began yesterday. See the ad here. For action item related to this campaign, go to www.save-bees.org. For more on Beyond Pesticides’ BEE Protective campaign, go to www.BEEprotective.org. 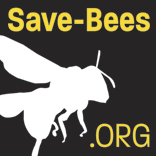 As part of the national media campaign, full page ads were released in seven newspapers today, including the New York Times, citing the urgency and impact of bee declines and encouraging the public to call on EPA to take action.

“We hope this national media campaign will spur public action to combat this major threat to the environment and to our food system. We must protect bees and other pollinators from these harmful pesticides that EPA has so far failed to safeguard them from,” said Larissa Walker, policy and campaign coordinator for Center for Food Safety.

Never before has such a broad coalition of organizations come together to support pollinator protection. The breadth of the coalition highlights the importance of pollinators to so many, including beekeepers, farmers, policy makers, faith groups, consumer groups and anyone who eats food.

“Protecting bees and pollinators is an urgent matter that must bring our nation together to balance our need for a bountiful food production system and a sustainable environment,” said Jay Feldman, executive director for Beyond Pesticides.

One in every three bites of food depends on bees for pollination, and the annual value of pollination services worldwide are valued at over $125 billion. In the United States alone, pollination contributes $20-30 billion in agricultural production annually.

“Honey bees play a crucial role in pollinating the world’s food crops,” said Gary Hirshberg, co-founder and chairman of Stonyfield, and one of the ad signatories. “So protecting bees from pesticides is not only good for bees, but also for business; the loss of honey bees is a direct threat to the ability of farmers and food companies to deliver diverse, nutritional foods.”

In recent years, a number of scientific studies have linked bee declines to pesticide use. In particular, a class of systemic pesticides known as neonicotinoids have been found to harm bees — both alone and in combination with other pesticides. Neonicotinoids, or “neonics,” are often used as seed treatments and sprays on a variety of crops and ornamental plants. Even though several countries, including the entire European Union, have taken action to restrict the use of neonicotinoids, the U.S. still allows their widespread use.

“Beekeepers are losing colonies at an unprecedented rate – the losses are too extreme to keep up with, and our entire industry is at risk of collapse unless federal action is taken. Convening conferences and changing pesticide labels is lip service and window dressing to the issue, but has no substance,” said New York beekeeper Jim Doan.

Today’s ad not only brings attention to this growing issue, but leads readers to a website where they can take further action, such as supporting current legislation in Congress, contacting EPA or planting pollinator habitat in their own communities.

“The EU reviewed hundreds of scientific studies and concluded that a two year moratorium was a necessary first step. The U.S. has failed to even come close to that standard,” said Emily Marquez, PhD, staff scientist at Pesticide Action Network. “EPA should follow the science and take action to protect bees from harmful pesticides.”

Center for Food Safety, Beyond Pesticides, and Pesticide Action Network are coordinating efforts to reverse the troubling trend of pollinator decline through legal, policy and grassroots efforts.

Here are some actions that you can take and help spread the word:

(2) Tweet to spread the word. Here are some sample tweets — use the hashtag #savebees and target @EPA. Also consider replacing your profile pic with the attached.

In the U.S. alone, honey bees’ contribution to our economy is valued at over $19 billion. @EPA #savebees save-bees.org

(3) Add your group to the list of supporters. Please let me or Nichelle Harriott know if your organization or business would like to be added to the supporter list for save-bees.org. We have an opportunity to grow our voice with your support.

Beyond Pesticides, founded in 1981, works with allies in protecting public health and the environment by identifying the hazards of chemical-intensive land, building and community management practices and promoting healthy, sustainable and organic systems. More information can be found at www.beyondpesticides.org.

Center for Food Safety is a national, non-profit, membership organization founded in 1997 to protect human health and the environment by curbing the use of harmful food production technologies and by promoting organic and other forms of sustainable agriculture. CFS maintains offices in Washington, D.C., San Francisco, California and Portland, Oregon. More information can be found at www.centerforfoodsafety.org.

The Ceres Trust, whose name honors the ancient goddess of agriculture, provides grants that support: research in organic agriculture at universities and to graduate students; education to create careers in the production and processing of certified organic food; programs to eliminate pesticide exposure and GMO contamination; and efforts to preserve crop biodiversity and public access to seeds. www.cerestrust.org.

Pesticide Action Network (PAN) North America works to replace hazardous pesticide use with ecologically sound and socially just alternatives. As one of five PAN Regional Centers worldwide, we link local and international consumer, labor, health, environment and agriculture groups into an international citizens’ action network. This network challenges the global proliferation of pesticides, defends basic rights to health and environmental quality, and works to insure the transition to a just and viable society. More information can be found at www.panna.org.