Washington, DC–(ENEWSPF)–February 26, 2015. Yesterday, the Environmental Protection Agency (EPA) granted Florida citrus growers an emergency exemption to use the bee-killing pesticide clothianidin to control Asian Citrus Psyllid (ACP), a pest that causes “citrus greening,” a devastating citrus plant disease. Clothianidin, which is not currently registered for use on citrus, is part of a class of neurotoxic, systemic insecticides called neonicotinoids, which have been implicated in global honey bee declines and suspended in the European Union. “EPA needs to assist in stopping the deadly use of pesticides that harm bees, butterflies, and birds with sustainable practices, rather than imperil pollinators with its decisions,” said Jay Feldman, executive director of Beyond Pesticides, a health and environmental advocacy group. He continued, “We understand the immediate chemical needs of chemical-intensive agriculture for increasingly toxic and persistent chemicals, but urge EPA to help stop the treadmill, lest it allow irreversible harm to the environment, biodiversity, and human health.” Beyond Pesticides is urging EPA to require that growers adopt a management plan in order to apply clothianidin. “Ultimately, EPA should be requiring growers to adopt integrated organic systems to manage pests, as a part of an emergency permit,” said Mr. Feldman. Read Beyond Pesticides’ open letter response to EPA. 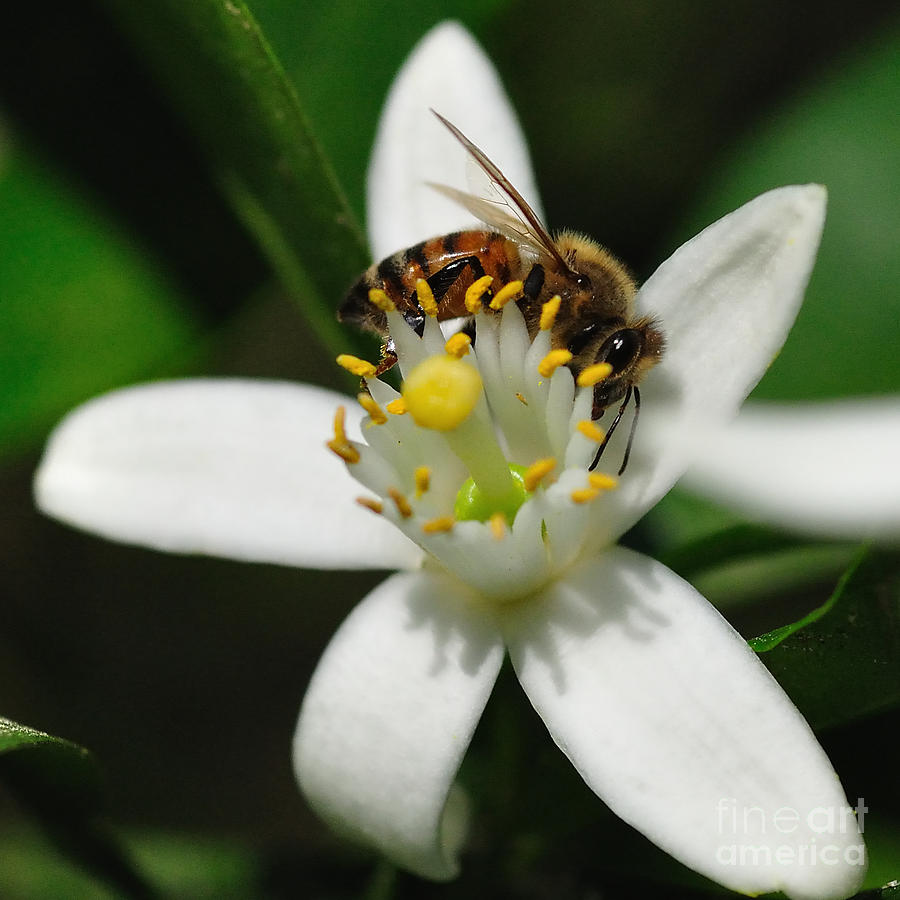 Honey bees in Florida, researchers say, contribute to the productivity of several groups of citrus fruit, including many orange and grapefruit varieties. Through their pollination services and foraging in citrus fruit, bees and other pollinators will be exposed to the contaminated pollen and nectar in the trees’ flowers, as the systemic clothianidin translocates throughout the treated trees. Bees are exceedingly common in citrus groves, from which they produce a high quality honey crop. Citrus greening has caused significant difficultly between beekeepers and citrus farmers who are combating the spread of the psyllid with toxic chemicals. Back in 2013, one of Florida’s largest citrus growers, Ben Hill Griffin, Inc., was fined $1,500 after a state investigation found that the farm illegally sprayed pesticides, resulting in the death of millions of managed honey bees.

According to the University of Florida, there are approximately 6,000 acres of certified organic citrus in Florida that does not permit the use of neonicotinoid pesticides, including clothianidin. Farm operations that are USDA certified organic avoid the use of toxic chemicals by implementing holistic management systems plans. Matt McLean of Uncle Matt’s Organic is one such grower, with over 1,000 acres of organic citrus, his family will be joining Beyond Pesticides’ at the 33rd National Pesticide Forum in Orlando in April, to discuss benefits of growing organic, and efforts to combat citrus greening without toxic chemicals. Additionally, USDA announced last summer that it would broaden its use of tiny parasitic wasps, Tamarixia Radiata, to combat citrus greening disease.

Pollinators continue to face dire threats to their survival. Bees, butterflies, and others have seen drastic population declines over the last several years due to habitat loss and widespread pesticide use. Pesticides also pose a greater threat to ecosystems and biodiversity, according to a meta-analysis by a group of global, independent scientists. EPA, tasked with regulating pesticides and protecting the environment from harm, has thus far failed to sufficiently act to protect pollinators from dangerous pesticides. In fact, just last month EPA approved yet another bee-toxic pesticide, flupyradifurone, following other recent and questionable bee-toxic pesticide approvals like sulfoxaflor, which was approved for registration despite warnings from concerned groups and beekeepers.

EPA issued the 2½ year emergency permit to allow clothianidin without subjecting its decision to any public comment. Beyond Pesticides is party to a lawsuit challenging EPA’s failure to adequately review and restrict clothianidin.

Take Action:
Sign the Petition! Tell the President to #BeeKindObama. As honey bee declines continue and the crisis begins to impact consumer’s pocketbooks, it is imperative the President Obama and executive agencies take swift action to address this issue by suspending neonicotinoid pesticides.

State and local efforts are also critical in pressuring the White House to act. Concerned residents can get engaged by encouraging your community to be pollinator friendly and make changes that will protect your local pollinator population. For help with your campaign, visit the BEE Protective webpage, and contact Beyond Pesticides at 202-543-5450, or by email at [email protected]

Learn more about organic citrus operations in Florida, pollinator issues, and what you can do to help at the 33rd National Pesticide Forum in Orlando, Florida April 17-18, 2015, Agricultural Justice, Age of Organics, and Alligators, Protecting health, biodiversity, and ecosystems. Get more information and register today!

Download a PDF version of the press release here.