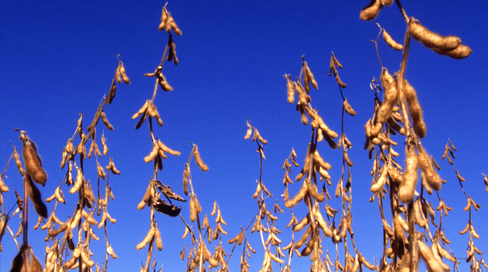 Washington, DC–(ENEWSPF)–June 22, 2015. Today, nearly 40 organizations and businesses, representing millions of consumer and farmer members across the country, submitted recommendations to the U.S. Department of Agriculture (USDA) Animal and Plant Health Inspection Service (APHIS)’s regarding the agency’s potential changes to biotechnology regulations under the Plant Protection Act (PPA). The groups argue that APHIS should 1) regulate genetically engineered crops based on the process, not product, 2) add broadly defined noxious weed provisions to its regulations, 3) utilize its authority to regulate to the fullest extent, and 4) regulate via binding federal regulations. In addition, to date nearly 150,000 people have submitted comments to APHIS in support of these recommendations.

The groups argue that many GE crops, including those created through newer genome editing processes, are often not subject to APHIS regulations. Instead, companies are bypassing the process on their own volition.

“Not only are many crops inadequately regulated, under the current system, GE crops are increasingly being allowed to evade regulations all together,” said Doug Gurian-Sherman, PhD., director of sustainable agriculture and senior scientist at Center for Food Safety. “It makes sound scientific sense for APHIS to regulate based on the process by which GE crops are created, not just based on a select few characteristics. This would provide clarity, consistency, and transparency to the regulatory process, something everyone should want.”

“We are urging APHIS to regulate direct and indirect harms from GE crops, including transgenic contamination, herbicide‑resistant weeds and increased use of herbicides, the loss of biodiversity, impacts to public health (particularly farmworkers), and diminished livelihoods of non-GE and organic farmers,” said Ben Burkett, board president of the National Family Farm Coalition.

“Our public agencies cannot rely on the corporations that profit from sale of GE crops to decide how many and what kinds of tests to conduct, or what information is shared with regulators and the public. USDA has robust authority to regulate GE crops for their on-the-ground impacts, and the agency must use it,” emphasized Marcia Ishii-Eiteman, senior scientist at Pesticide Action Network North America.

“APHIS should not give industry the authority to decide whether a GE organism is subject to regulation. Giving industry such discretion would create uncertainty, rely on the industry interpretation of risk, and undermine the integrity of, and public confidence in, federal oversight,” said Wenonah Hauter, executive director of Food and Water Watch.

“In order to adequately protect the environment, economy, farmers and consumers, it is absolutely necessary to have mandatory regulations requiring GE crop production systems demonstrate the crops’ ongoing safety,” said Dana Perls, food and technology campaigner with Friends of the Earth.

“Rather than unconditionally removing GE crops from oversight once deregulated, APHIS should continue to oversee all GE crop production systems throughout the crop life cycle. For instance, APHIS should monitor herbicide‑resistant crop systems for their potential to foster herbicide-resistant weed populations or loss of ecosystem services, and impose appropriate control measures if monitoring reveals a problem,” said Nicole McCann, director of food campaigns at Green America.