Washington, DC–(ENEWSPF)–April 18, 2012. In the face of widespread pesticide contamination of U.S. waterways and the lack of drinking water standards for hundreds of pesticides, the U.S. Environmental Protection Agency (EPA) has announced new health and environmental benchmarks for acute pesticide effects, postponing action on chronic effects to an unspecified future date. While a step forward in identifying hazards associated with pesticide use and exposure, benchmarks have been notoriously limited in fully assessing risks because of ongoing deficiencies in analyzing the complexities associated with chemical exposure, specifically a failure to evaluate the effects of chemical mixtures, synergistic effects, and health effects associated with consistent low-dose exposure. 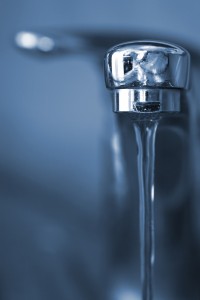 Previously, water quality criteria for the protection of aquatic life and human health in surface water were set for only handful pesticides. The new benchmarks are for acute (one-day) and chronic (lifetime) exposures for the most sensitive populations (children, pregnant women) from exposure to pesticides that may be found in surface or ground water sources of drinking water. Concentrations of pesticides in drinking water that have the potential for cancer risk are not currently included in the benchmarks, however, EPA intends to include these concentrations “later.” In an important move to be transparent, the EPA factsheet states, “The human health benchmarks for pesticides table includes mainly active ingredients at this time, and thus inert compounds used in pesticide formulations are not included.”

If a water sample exceeds a benchmark, the state or local water municipality would consider how frequently the benchmark is exceeded and the magnitude of the exceedance in other samples. Read EPA’s factsheet. Exceeding the benchmark consistently means that aquatic life and human health may be at risk from continued exposures. However, despite these new benchmarks, pesticide contamination will continue to plague U.S. waterways since oversight and enforcement are lacking at both federal and state levels. Currently, 56 percent of streams sampled have one or more pesticides in water that exceed at least one aquatic-life benchmark. Similarly, more than 20 percent of private domestic wells sampled nationwide contain at least one contaminant at levels of potential health concern.

Research by the U.S. Geological Survey (USGS) finds that when pesticides are applied on fields, gardens, parks and lawns, a percentage of the chemicals end up running off the treated site. More than 80 percent of urban streams and more than 50 percent of agricultural streams have concentrations of at least one pesticide. Drinking water supplies, including groundwater, have been plagued by pesticide and other chemical contamination. Pesticide compounds analyzed in water by USGS include many of the most heavily used herbicides and insecticides, and one or more pesticides or their degradates are detected in water more than 90 percent of the time during the year in agricultural streams, urban streams, and mixed-land-use streams. Pesticides like atrazine, chlorpyrifos and malathion are routinely detected in waterways. EPA has been criticized by the USGS’ National Water-Quality Assessment Program (NAWQA) for not setting water quality benchmarks for pesticides. According to NAWQA “standards and guidelines do not completely eliminate risks posed by pesticides in waterways because: (1) values are not established for many pesticides, (2) mixtures and breakdown products are not considered, (3) the effects of seasonal exposure to high concentrations have not been evaluated, and (4) some types of potential effects, such as endocrine disruption and unique responses of sensitive individuals, have not yet been assessed.”

Pesticides in waterways have been attributed to the feminization of male amphibians, and intersex fish- male fish producing eggs in the Potomac. Studies link increased seasonal concentration of pesticides in surface water with the peak in birth defects in infants conceived during the spring and summer months, when pesticide use increases and high concentrations of pesticides are found in surface waters. A 2009 report by the Natural Resources Defense Council (NRDC), Poisoning the Well, found that atrazine goes undetected by regular monitoring, and that in the 139 municipal water systems from which EPA collected data on a biweekly basis in 2003 and 2004, atrazine is found 90% of the time. Furthermore, 54 of these water systems had at least one spike above 3 parts per billion, atrazine’s current benchmark. Atrazine in drinking water was recently linked to menstrual irregularities in women.

The publication of the new benchmarks follows the March 22, 2010 announcement by EPA Administrator Lisa P. Jackson of a new drinking water strategy that outlines four principles to expand public health protection. One of the principles is to use the authority of multiple laws to more effectively protect drinking water, by sharing data collected under different statutes. The new benchmarks include those for pyrethroids like bifenthrin, cypermethrin, and permethrin, dichlorvos, imidacloprid, maneb, naled, propiconazole and triclosan.

Attempts to protect U.S. waterways from pesticide contamination have recently been attacked by industry groups and Congress. The bill H.R. 872, “Reducing Regulatory Burdens Act of 2011,” sought to revoke EPA’s authority to require permits for pesticide discharges into waterways and passed in the U.S. House of Representatives, an attempt to reverse a 2007 federal court order instructing EPA to require permits under the Clean Water Act for pesticide discharges. (See Daily News coverage.) Soon after H.R. 872 was passed, the Republican-controlled chamber passed the “Clean Water Cooperative Federalism Act of 2011,” H.R. 2018. This act would prevent EPA from stepping in to enforce clean water standards when it deemed that a state agency was not effectively enforcing the law. It would also prevent EPA from refining its existing water standards to reflect the latest science without first getting approval from a state agency. Thus far there have been a staggering 125 pieces of legislation that will reduce environmental protection including 50 bills targeting EPA, 16 to dismantle the Clean Water Act, 31 against actions that can prevent pollution, and 22 to defund or repeal clean energy initiatives.