Washington, DC–(ENEWSPF)–October 24, 2014.  The U.S. government is opposing international efforts  under the Stockholm Convention on Persistent Organic Pollutants, supported by countries worldwide, to halt the global use of the toxic chemical wood preservative, pentachlorophenol (PCP), which is widely used in the U.S. to treat wood utility poles. U.S. government officials are out of step with countries around the world and domestically with a bipartisan group of New York state lawmakers seeking a state ban. Meanwhile, a group of Long Island residents is charging in a lawsuit that hundreds of new PCP-treated utility poles are causing serious injury to health and property values. This month, the U.S. Department of Health and Human Services added PCP to its carcinogen list, saying that PCP is “reasonably anticipated to cause cancer.” The U.S. is the largest producer and user of PCP in the world.

A meeting of a Stockholm Convention committee in Rome this week is recommending a global ban on PCP. The Convention is an international treaty established to control highly hazardous chemicals. While most 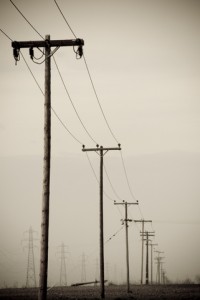 countries engaged in the process approve of the ban, the U.S. has consistently opposed it.

“Cancer-causing chemicals should not be leaking from utility poles into communities, playgrounds, and schools” said Pam Miller, Alaska Community Action on Toxics and IPEN. “It’s time for the U.S. to join the rest of the world in moving forward with a ban. PCP is ubiquitous in the breast milk of women throughout the world and in Indigenous peoples of the Arctic. The evidence more than justifies an international ban.

Approximately one million utility poles are treated with PCP each year. Soil samples taken near utility poles on Long Island show concentrations of PCP more than 300 times New York’s permissible limits for poisonous substances. In the lawsuit filed earlier this year, residents charge that PCP is leaching from the poles into the surrounding soil. State lawmakers are now proposing a state law to ban PCP use on utility poles.

“The EPA has determined that contact with soil contaminated with PCP, as well as contact with treated wood products like utility poles poses an unacceptable cancer risk to children. It is irresponsible for the U.S. government to oppose this ban,” said Jay Feldman, Beyond Pesticides.

Since the mid-1980s, Beyond Pesticides has done extensive work to address the risks of exposure to PCP and the other two heavy-duty wood preservatives, inorganic arsenicals (such as chromated copper arsenate, or CCA) and creosote. In addition to Pole Pollution, Beyond Pesticides also published Poison Poles, which examines the toxic trail left by the manufacture, use, storage and disposal of the heavy-duty wood preservatives from cradle to grave. On December 10, 2002, a lawsuit led by Beyond Pesticides was filed in federal court to stop the use of arsenic and dioxin-laden wood preservatives. The complaint asserted that the chemicals, known carcinogenic agents, hurt utility workers exposed to treated poles, children playing near treated structures, and the surrounding environments where products containing the substance were utilized. Most importantly, the lawsuit argued that viable alternatives existed and did not support EPA claims that societal “benefits” and necessity required continued registration. Unfortunately, the lawsuit was dismissed on procedural grounds.

The fight, however, continues. Join Beyond Pesticides and visit our Wood Preservatives webpage to learn more about the issue and what you can do to take this cancer-causing chemical out of the environmental and our lives for good!