Washington, DC–(ENEWSPF)–March 27, 2013. The U.S. Environmental Protection Agency (EPA) stepped in this week to revise a biennial report on impaired rivers and streams across West Virginia, after state officials, under pressure from industry interests, left more than 1,000 miles of polluted waterways off the list. EPA officials stated that the Clean Water Act does not allow the state to ignore evidence that streams are troubled. Water standards and plans for cleanup must be adopted for impaired waterways. 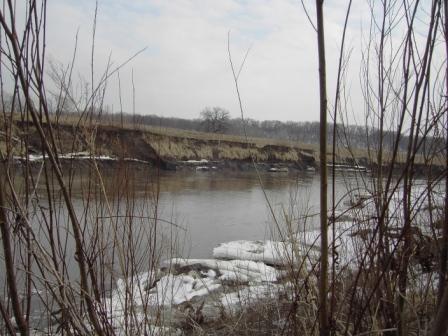 EPA reprimanded West Virginia from shirking its responsibilities under the law to list all of the state’s impaired streams, in spite of industry interference. EPA Region 3 officials are now proposing to add an additional 255 waterway segments where aquatic life is impaired to the state’s 303(d) list, named for the section of the Clean Water Act that requires it be prepared. Section 303(d) requires a listing of impaired streams in the state, and the list is used for water standard development for subsequent cleanup plans and restoration of the impaired waterways. States are required to publish such lists every two years. West Virginia’s Department of Environmental Protection (DEP) submitted The West Virginia Integrated Water Quality Monitoring and Assessment Report  to EPA for 303(d) list approval last December, but the agency found more than 1000 miles of polluted waterways left off the list.

Before the Clean Water Act was enacted in 1972, the Potomac River and other notable rivers in the U.S. were cesspools of sewage and industrial pollution. The Clean Water Act affords waterways across the country some protections from indiscriminate pollution from industrial and some agricultural sources so that waterways are cleaner and safer for drinking, boating, and fishing. However, according to available data, over 50 percent of waterways in the U.S. are contaminated with pollutants, including pesticides, which exceed federal standards.

On March 25, 2013, EPA partially approved and partially disapproved West Virginia’s 2012 303(d) list submittal. The list includes 1,176 waterways previously designated as impaired by the state, and an additional 255 waterways identified by EPA, based on the state’s current water quality standards. The agency reviewed the information using substantially the same methodology that West Virginia has used to review this type of data in the past. In a news release, EPA acknowledges DEP’s position that it is precluded by a state bill from evaluating waters for aquatic life uses pending adoption of a new methodology for evaluating waterways.  However, EPA states it has an obligation to take action to ensure that the federal requirements of the Clean Water Act are met.

The DEP left many of those streams off the list as a result of a coal-industry-based bill passed during the 2012 legislative session. The bill, signed by Gov. Earl Ray Tomblin, ordered the DEP to abandon its existing methods of measuring stream health and come up with a new set of rules to define when streams are considered biologically impaired. EPA in response says that federal law does not allow the state to simply ignore evidence that those streams are troubled while the DEP works on a legislative mandate to come up with a new way of deciding which of those streams belong on the list. DEP has for years used a measure called the West Virginia Stream Condition Index, or WVSCI, to grade waterways to determine if they are “biologically impaired.” EPA has been pushing the state to use another test that it believes is more accurate. State officials and the coal industry, though, oppose the EPA method.

In a letter to the state DEP, EPA regional administrator Shawn Garvin wrote that federal rules require states to “evaluate all existing and readily available water quality information” when preparing their impaired-stream lists. By ignoring available WVSCI score data indicating some streams were impaired, Mr. Garvin wrote that the DEP did not comply with those federal rules. According to the West Virginia Gazette, EPA officials were facing a potential lawsuit by the Sierra Club and other citizen groups if the agency approved the latest Clean Water Act “impaired” streams list issued by the DEP. The issue focuses on a simmering controversy over the DEP’s failure to include hundreds of streams on a list of waterways that are overly polluted and need to be cleaned up.

Industry lobby groups have been very busy around the country persuading state and federal elected officials to support legislation that weakens the authority  of the Clean Water Act. In Congress, several pieces of legislation have been introduced to strip the Clean Water Act of jurisdiction of direct pesticide discharge into waterways. Under the Clean Water Act, in order to discharge applied pesticides into the waters of the U.S., one must have a National Pollutant Discharge Elimination System (NPDES) permit. Industry claims the law is too burdensome on pesticide applicators. Additionally, the White House Council on Environmental Quality estimates that the recent sequester could reduce federal funding for state environmental programs by $154 million, which could dramatically affect the safety of U.S. waterways.

Waterways in the U.S. are increasingly imperiled from various agents including agricultural and industrial discharges, nutrient loading (nitrogen and phosphorus), and biological agents such as pathogens. Pesticides discharged into our nation’s rivers, lakes and streams can harm or kill fish and amphibians. These toxicants have the potential to accumulate in the fish we eat and the water we drink.

To keep up to date on Congressional and government agency actions, sign-up for Beyond Pesticides’ action alerts and visit our Threatened Waters page.