Washington, DC–(ENEWSPF)–October 23, 2014.  Lawsuit filed against Environmental Protection Agency for approval of 2,4-D use on genetically engineered corn, soy crops in six Midwest states.A coalition of farmers and environmental groups filed a lawsuit to sue the U.S. Environmental Protection Agency (EPA) today on behalf of six Midwest states where a toxic herbicide cocktail called Dow’s Enlist Duo, a blend of glyphosate and 2,4-D, was approved on October 15 for use on genetically engineered (GE) crops. 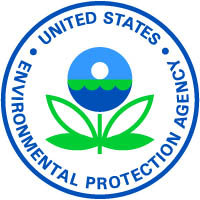 Approved for use on GE corn and soybeans that are engineered to withstand repeated applications of the herbicide, the creation of 2,4-D-resistant crops and EPA’s approval of Enlist Duo is the result of an overuse of glyphosate, an ingredient in Monsanto’s Roundup. The misuse resulted in an infestation of glyphosate-resistant super weeds which can now be legally combatted with the more potent 2,4-D. Dow Chemical has presented 2,4-D resistant crops as a quick fix to the problem, but independent scientists, as well as USDA analysis, predict that the Enlist crop system will only foster more weed resistance.

“The toxic treadmill has to stop,” said Jay Feldman, executive director of Beyond Pesticides. “EPA and USDA cannot continue to ignore the history, science, and public opinion surrounding these dangerous chemicals so that a failed and unnecessary system of chemically-dependent agriculture can continue to destroy our health and environment.”

Mississippi farmer Ben Burkett believes the approval has left communities who rallied against the herbicide feeling abandoned by a government that should be paying attention to the people it serves.

“The voices of independent family farmers are being drowned out by the revolving door of corporate and government agency heads,” said Burkett, who serves as president of the National Family Farm Coalition. “It’s time for our government to pay attention to the farmer concerns about the negative impacts of herbicide-resistant GMO on our food supply.”

The groups are challenging the approval under the Federal Insecticide, Fungicide, and Rodenticide Act (FIFRA), arguing that the EPA did not adequately analyze the impacts of 2,4-D on human health. They will also argue that the approval violated the Endangered Species Act, as there was no consult by the EPA with the Fish & Wildlife Service.

“Rural communities rely on EPA to take its job seriously — to fully consider potential health impacts before introducing new products or allowing a dramatic increase in use of a hazardous and volatile chemical like 2,4-D,” said Pesticide Action Network North America’s senior scientist Marcia Ishii-Eiteman, PhD. “Instead, EPA has given the greenlight to an enormous increase in toxic pesticide exposure.”

While the EPA proposed initially to restrict the use of Enlist Duo to Illinois, Indiana, Iowa, Ohio, South Dakota, and Wisconsin, it’s anticipated another 10 states will follow. The agency is currently accepting comments until November 14, 2014 on whether to register the herbicide cocktail in Arkansas, Kansas, Louisiana, Minnesota, Missouri, Mississippi, Nebraska, Oklahoma, Tennessee and North Dakota.

“Sadly, our environmental watchdog is playing lapdog to the chemical industry, ignoring hundreds of thousands of comments urging it to do otherwise,” said Earthjustice attorney Paul Achitoff. “The EPA is aiding and abetting the toxic spiral of using more and more pesticides to feed the industry’s sale of more and more genetically engineered crops while guaranteeing that 2,4-D use on our farmland will increase tremendously. The EPA’s heedless refusal to properly assess the impacts of expanded on human health, to the toxic chemicals associated with this herbicide, and failure to acknowledge any of the deadly effects on endangered wildlife, is grossly irresponsible  – we intend to stop it.”

“This case will determine to a large extent the direction of U.S. agriculture in the coming years,” said Andrew Kimbrell, Executive Director of Center for Food Safety.  “EPA and USDA have bowed to the chemical industry and rubber stamped these genetically engineered crops whose sole purpose is to promote ever more herbicide use and fatten the bottom line of Dow and Monsanto.  Unless stopped, these crops will lead to a massive increase in the spraying of toxic chemicals and an increasing plague of herbicide resistant weeds that will choke America’s farmlands and threaten the livelihoods of our farmers.”

“EPA’s unfortunate decision to approve Enlist Duo for use on genetically engineered crops will more than triple the amount of 2,4-D sprayed in the U.S. by the end of this decade,” said Environmental Working Group’s senior policy analyst Mary Ellen Kustin. “Such an increase of a known toxic defoliant linked to Parkinson’s disease, non-Hodgkin’s lymphoma and reproductive problems is unconscionable.”

“When the EPA approved Enlist Duo, it knew this pesticide would contaminate our streams and rivers,” said Brett Hartl, endangered species policy director at the Center for Biological Diversity. “There is absolutely no doubt that the pesticide will harm dozens of endangered species like the American burying beetle, pallid sturgeon, and highly-endangered freshwater mussels.”

On September 16, 2014, the USDA issued its decision deregulating Enlist corn and soy, further paving the way for the EPA to approve the herbicide’s use on these crops. During the official public comment period on the USDA’s analysis of 2,4-D resistant corn and soybeans this spring, 400,000 citizens submitted comments opposing the crops. In June, another half million people sent their objections to EPA during their public comment period. Just this last month, a quarter million people told the White House to reject Enlist crops and Enlist Duo.

This litigation is the next step in Beyond Pesticides’ continuous efforts to speak out against industry and government assertions that GE crops and the chemicals developed for them are safe. Visit our website to learn more about the dangers of GE crops and pesticides and to see what you can do to stop them!