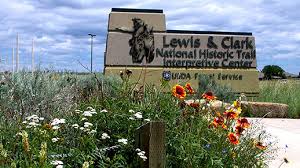 WASHINGTON –(ENEWSPF)–March 17, 2016.   Secretary of the Interior Sally Jewell today announced the Bureau of Land Management (BLM) has cancelled an oil and gas lease in the Badger-Two Medicine area of the Lewis and Clark National Forest in northwest Montana. The lease, currently held by Solonex LLC, was issued by the BLM in 1982.

After careful review of the record and consultation with the U.S. Forest Service, Advisory Council on Historic Preservation, Blackfeet Tribe, leaseholder and others, the BLM concluded the Solonex lease was improperly issued in violation of the National Environmental Policy Act and the National Historical Preservation Act. Based on those findings and recommendations from the Forest Service and the Advisory Council, the Interior Department and the BLM decided that the pending application for permit to drill should be disapproved, the lease cancelled and any applicable lease payments refunded.

“This is the right action to take on behalf of current and future generations,” said Secretary Jewell. “Today’s action honors Badger-Two Medicine’s rich cultural and natural resources and recognizes the irreparable impacts that oil and gas development would have on them.”

The Badger-Two Medicine Area is a 130,000-acre area along the Rocky Mountain Front within the Lewis and Clark National Forest. Glacier National Park, the Bob Marshall Wilderness, and the Blackfeet Indian Reservation surround the area, which is considered sacred by the Blackfeet Tribe and is part of a recognized Traditional Cultural District. These characteristics caused Congress to legislatively withdraw the area from mineral development in 2006.

“For over thirty years, tribal members and stakeholders from across the community have lodged concerns about oil and gas development in Badger-Two Medicine,” added Deputy Secretary of the Interior Michael L. Connor, who signed the decision documents today. “Congress has acted to close Badger-Two Medicine to leasing, and today we are taking additional steps to provide certainty that this special and sacred place remains so.”

All of the originally issued leases in the area, including the one being canceled today, have been the subject of a variety of administrative, legal and legislative actions since they were issued over thirty years ago because of the significance of the resources in the Badger-Two Medicine Area and concerns about the circumstances surrounding leasing issuance.

Operations on the Solonex lease have been suspended since 1985. Nearly two thirds of the original leaseholders took advantage of tax incentives established by Congress in exchange for the voluntary relinquishment of the leases in this area.