Washington, DC–(ENEWSPF)–February 8, 2016.  A recent study has revealed that a decrease in soil biota, resulting from an increase in arid zones due to climate change, impacts the services that soil provides, from decomposition of organic matter to nutrient cycling and carbon fixing. “As the aridity of soils goes up, the microbial diversity and abundance is reduced,” Brajesh Singh, Ph.D., a professor at Western Sydney University and an author of the paper, said. “As the soils’ multi-functions are reduced, so there are social and economic consequences.” Unfortunately, climate change is not the only cause for concern. Studies have shown that conventional agriculture, intrinsically linked with the dependence on pesticides, can also reduce diversity in soil biota. 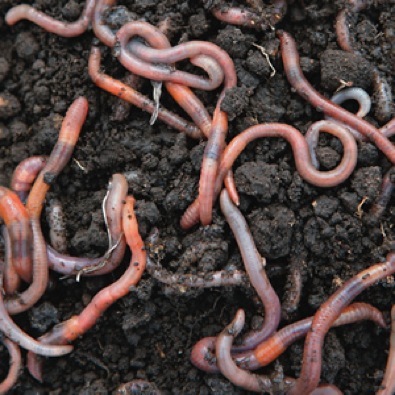 The study, published in Nature Communications, used two large-scale databases with contrasting geographic coverage (from 78 global drylands and from 179 locations across Scotland) and found that soil microbial diversity positively relates to multi-functionality in terrestrial ecosystems. Put simply, when soil diversity is high, the soil can function more efficiently and provide a multitude of ecosystem services. The researcher’s models indicate that microbial diversity was as important as or more important than other multifunctionality predictors, such as mean annual temperature and altitude in the two data sets, and than mean annual precipitation in the Scotland data set. Similar results were found after including ecosystem type as a predictor in the analysis, finding that any loss in microbial diversity will likely reduce multi-functionality, negatively impacting the provision of services, such as climate regulation, soil fertility, and food production.

Constant application of pesticides in industrialized agriculture can also reduce soil diversity and therefore reduce soil functionality. A 2015 study demonstrated that glyphosate, the controversial and toxic active ingredient in Roundup, reduces activity and reproduction in two species of earthworms and increases soil nutrient concentrations to dangerous levels. Another study on worms found that chronic and acute exposure to glyphosate and mancozeb promotes neurodegeneration in GABAergic and DAergic neurons in Caenorhabditis elegans, a type of roundworm. In 2014, researchers also found that earthworms exposed to fungicides in conventionally-farmed soil are at a stark disadvantage to worms in land managed organically.

Soil biota is essential to ecosystem functioning because it breaks down organic matter, enables chemical elements to be reused, and fixes nitrogen, which is necessary for nutrient in the ecosystem. Earthworms are an intrinsic part of soil biota, providing support for important ecosystem functioning. Their burrows, sometimes deep into the soil, create pores for moisture and oxygen to travel, and their waste becomes part of the soil structure. They also break down dead organic matter and incorporate new organic matter into soil systems.

Relying on the promotion of chemical-intensive agricultural practices is not a sustainable solution. These chemical inputs contaminate waterways leading to eutrophication and “dead zones,” where nothing is able to live or grow. Chemical-intensive agriculture depletes organic matter in the soil and undermines biological systems necessary to sustain life. Conversely, increasingly organic agriculture is understood as a sustainable agricultural system that restores and regenerates the environment and long-term security.

While some argue that organic is too expensive, the simple fact is that chemical companies are permitted to externalize the social costs of their products in the form of eutrophication, soil erosion, harm to wildlife, health care costs to consumers, and numerous other adverse effects. If consumers paid the true cost of chemical-intensive food production, prices for conventionally grown goods would certainly be more expensive than organic products, which are certified through a process that protects human health and the environment.

The study concludes with an important message for a wide variety of decision makers: “The message for scientists, policy makers, educators and organizations involved in understanding biodiversity patterns, microorganisms and ecosystem functioning is clear: losses in microbial diversity derived from human activities and climate change will reduce the rates at which multiple ecosystem functions and services are being maintained. By providing evidence for the relationship between microbial diversity and multifunctionality, our findings advance key ecological topics such as biodiversity–ecosystem functioning relationships in microbial communities. These findings emphasize the need to develop approaches and policies to protect soil microbial diversity from global environmental drivers such as land use, nitrogen enrichment and climate change, so that the multifunctionality of terrestrial ecosystems is to be preserved for future generations.” The researchers call for a shift in policy to protect soil biodiversity and to secure the important ecosystem services that soil provides, but it is also important to note that a further decline in soil biodiversity would most likely impact economic gains as well. The European Academies’ Science Advisory Council (EASAC) estimates soil organisms and their role in agricultural productivity to be worth $25 billion a year, globally.

Good organic practices work to build the soil and maintain an ecological balance that makes chemical fertilizers and synthetic pesticides unnecesary. Claims that organic agriculture cannot feed the world because of lower yields are contested by scientific studies showing that organic yields are comparable to conventional yields and require significantly lower inputs. Therefore, organic agriculture is not only necessary in order to eliminate the use of toxic chemicals, it is necessary to ensure the long-term sustainability of food production, ecosystem functionality, and the economy.

For further information, check out our webpages on Organic Agriculture.