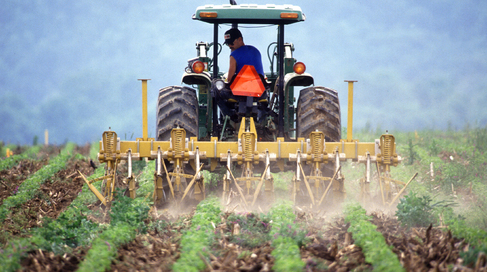 Washington, DC–(ENEWSPF)–April 7, 2014 It was revealed last Friday that the “Big Six” chemical companies have recently donated a combined $455,000 to defeat a county ballot initiative in Jackson County, Oregon that would restrict genetically engineered crops from being grown.  Opponents of the measure now have an eight-to-one spending advantage over local advocates with $799,000 and $102,000 respectively.

“This is a staggering amount of money for a local ordinance. For every vote they might get, Monsanto and its pals could afford to take each voter out for a fancy steak dinner,” said senior attorney George Kimbrell, based in Center for Food Safety’s (CFS) Portland office.

“These chemical companies are willing to spend whatever it takes, because they know the truth: Genetically engineered crops offer zero public benefits. They only offer risk of genetically engineered contamination to farmers and lost markets, as well as massively increased pesticides and environmental harm.  All they do is generate billions of dollars for chemical companies,” added Kimbrell.

Over the past decade, CFS has assisted numerous counties across the county in crafting and passing GE crop regulation ordinances like that of Jackson county.  In 2013, two counties in Hawaii passed ordinances on the regulation of pesticides and genetically engineered crops.  Several other counties in Oregon were similarly gearing up county ordinances, but Oregon’s legislature passed a controversial preemption rider last summer.  It exempted only Jackson county’s upcoming May vote.  However the legal basis of the preemption law is at best very questionable.  Another county initiative, in Josephine county Oregon, is proceeding to a vote despite the controversial new preemption law.