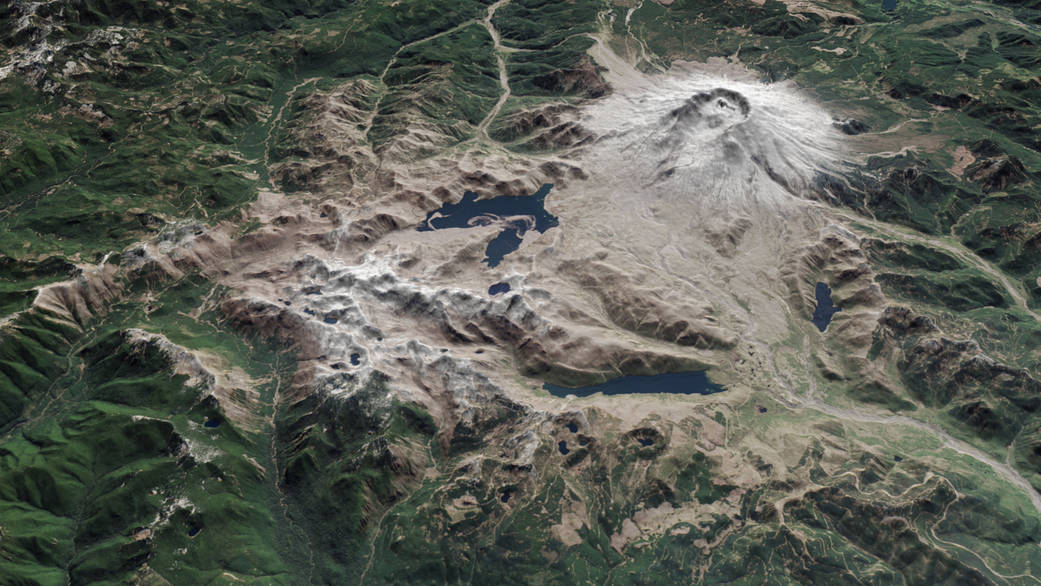 WASHINGTON–(ENEWSPF)–May 18, 2015.  On May 18, 1980, Mount St. Helens gave way to a cataclysmic flank collapse, avalanche, and explosion that killed 57 people and displaced many others. The event dramatically reshaped the volcano and surrounding land in southwest Washington.

Now, 35 years later, satellites in orbit and scientists on the ground still monitor the mountain and track its recovery. The image above shows a three-dimensional view of the mountain, looking toward the southeast, as it appeared on April 30, 2015. The image was assembled from data acquired by the Operational Land Imager on Landsat 8 and the Advanced Spaceborne Thermal Emission and Reflection Radiometer (ASTER) on Terra.

The mountain’s north flank was the site of the collapse and lateral explosion that devastated 390 square kilometers (150 square miles) of the landscape.