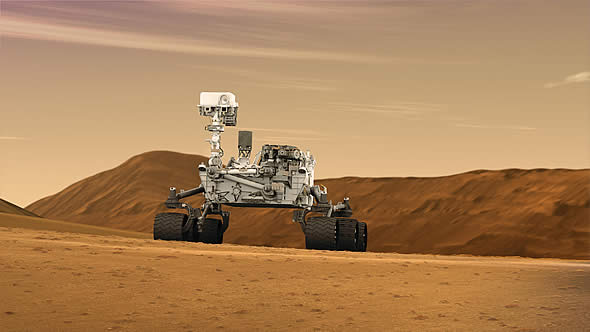 On August 6, Curiosity, NASA’s car-sized rover, landed on the surface of the Red Planet to assess past and present habitability of Mars. Positioned in the near the center of the rover, the Southwest Research Institute-led Radiation Assessment Detector is about the size of a coffee can and will characterize a key influence on life, the planet’s radiation environment. Image courtesy of NASA/JPL

San Antonio, TX-(ENEWSPF)- Almost nine months after it was launched, Curiosity, NASA’s latest rover, landed safely in the Gale Crater of Mars in the wee hours of August 6 CDT. The last seven minutes were particularly dramatic as the mission executed several complicated maneuvers to deliver the car-sized rover through the thin Martian atmosphere and gently place it in a very specific location.

"Although it was nerve-wracking, everyone was confident, and Curiosity landed with amazing precision, right on time!" said Dr. Don Hassler, a Southwest Research Institute scientist and principal investigator of one of the rover’s instruments.

The Mars Science Laboratory uses 10 instrument-based science investigations, including SwRI’s Radiation Assessment Detector, to search for evidence of elements needed to support life – namely, water and carbon-based materials – and to characterize life-limiting factors, such as the planet’s radiation environment.

SwRI’s RAD is the only MSL science instrument that was put to work during the journey to Mars, measuring the radiation environment inside the spacecraft.

"We have seven-plus months of cruise observations and the data are looking great," said Hassler, science program director at SwRI’s Planetary Science Directorate in Boulder, Colo. "As the Sun’s activity increased, RAD observed several large X-class and M-class solar flares. We are comparing RAD data from inside MSL with data from other satellites to better understand and predict the dose rate that future astronauts will experience on future manned missions to Mars and elsewhere."

Now RAD’s primary mission begins: Assessing the radiation environment on the surface of the planet. Mars has an extremely thin atmosphere – about one percent of Earth’s – and lacks a global magnetic field, allowing more radiation to reach its surface and pose a hazard to life. 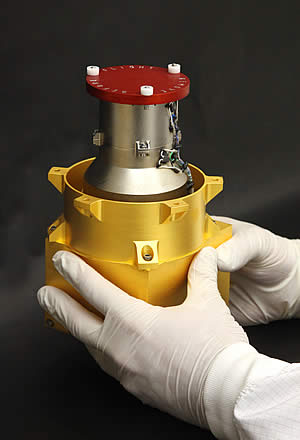 The Radiation Assessment Detector is one of 10 instruments on board Curiosity, NASA’s car-sized rover that landed on the surface of Mars Aug. 6. RAD will measure fluxes of solar energetic particles and galactic cosmic rays to understand the past and present habitability of Mars and to help NASA plan future human missions to the Red Planet. Southwest Research Institute leads the RAD investigation on the Mars Science Laboratory.

Radiation levels probably make the surface of modern Mars inhospitable for microbial life and would contribute to the breakdown of any near-surface organic compounds. RAD’s measurements will help determine the depth a possible future robot on a life-detection mission might need to dig or drill to reach a microbial safe zone. Researchers will combine RAD’s measurements with estimates of how the activity of the Sun and the atmosphere of Mars have changed in the past several billion years to provide insight into whether the surface may have been habitable in the past.

"The RAD website (http://mslrad.boulder.swri.edu/) will eventually show our near-real-time observations of the radiation environment on the surface of Mars, sort of a daily ‘Space Weather at Mars’ update," said Hassler.

SwRI led the development of RAD, which will measure, for the first time, the radiation environment on the surface of Mars, measuring all the relevant energetic particle species originating from galactic cosmic rays, the Sun and other sources. Positioned in the left front corner of the rover, RAD is about the size of a coffee can and weighs about three pounds, but has capabilities of an Earth-bound instrument nearly 10 times its size. Its wide-angle telescope detects charged particles arriving from space, and the instrument also measures neutrons and gamma rays coming from Mars’ atmosphere above, or the surface material below, the rover.