FLORIDA–(ENEWSPF)–September 1, 2016.  The Global Precipitation Measurement mission known as GPM found intense storms in Tropical Storm Hermine as it continued to strengthen and organize in the Gulf of Mexico. On Sept. 1 there are many warnings and watches posted along the Florida coast as Hermine is forecast to track toward the state.

This is a 3-D animated flyby of Tropical Storm Hermine created using radar data from the GPM core satellite. On Aug. 31 at 4 p.m. EDT GPM found rainfall occurring at a rate of over 9.9 inches (251 mm) per hour in very powerful storms southwest of Hermine’s center of circulation. Cloud tops were reaching heights above 9.9 miles (16 km).  Credits: NASA/JAXA, Hal Pierce

AT NASA’s Goddard Space Flight Center in Greenbelt, Maryland a 3-D image of Hermine was created using GPM data. GPM’s 3-D measurements of some of these powerful storms showed that many storm tops in the Gulf of Mexico were reaching heights above 9.9 miles (16 km).  GPM measured radar reflectivity values of over 88 dBZ in some of the most powerful storms. GPM is a joint mission between NASA and the Japan Aerospace Exploration Agency JAXA. 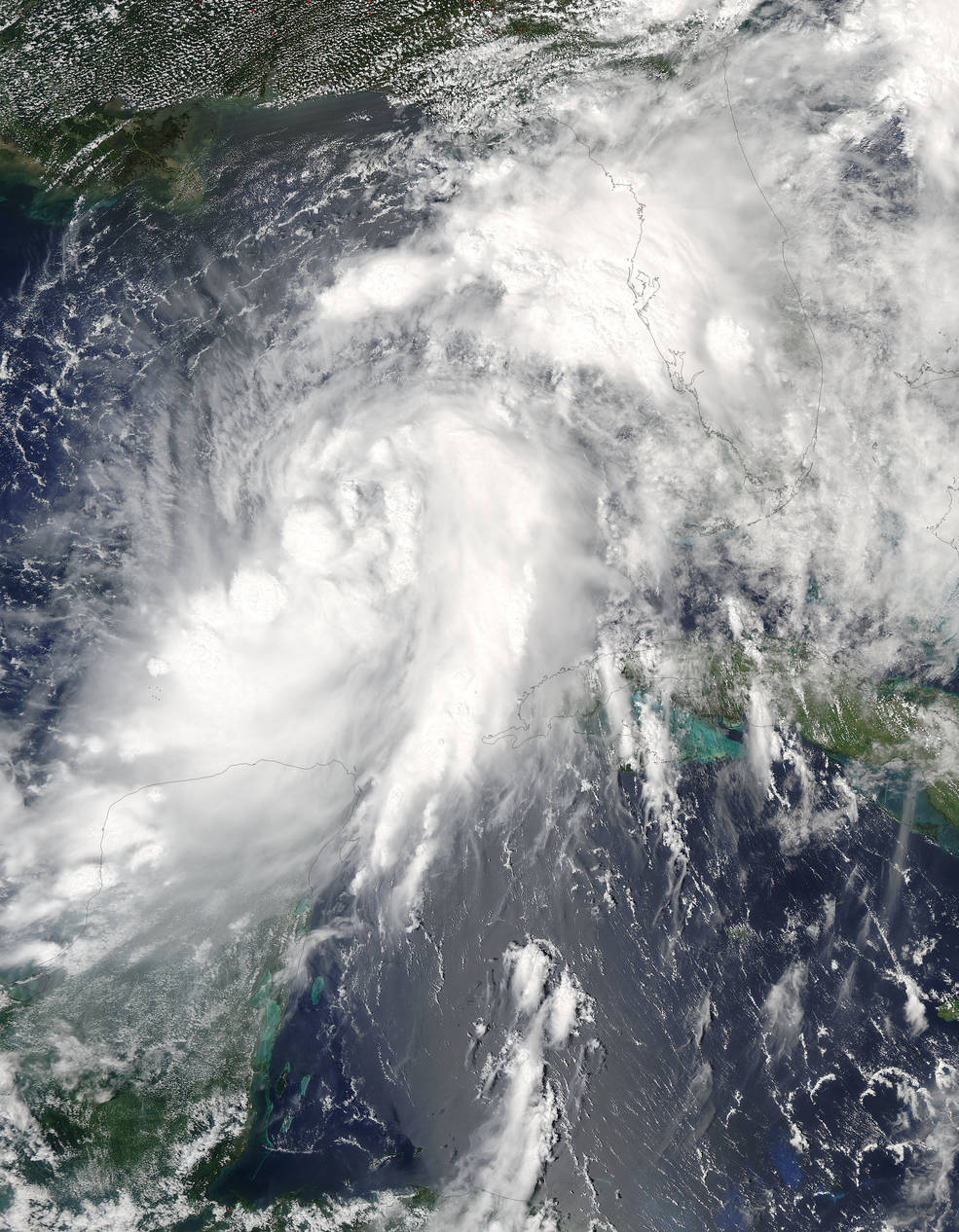 This visible image of Tropical Storm Hermine was taken by the MODIS instrument aboard NASA’s Aqua satellite at 2:55 p.m. EDT (18:55 UTC) as it continued to strengthen in the Gulf of Mexico.  Credits: NASA Goddard MODIS Rapid Response Team

At 8 a.m. EDT (1200 UTC), the center of Tropical Storm Hermine was located near 27.1 degrees north latitude and 86.2 degrees west longitude. That puts the center of the storm about 195 miles (310 km) south-southwest of Apalachicola, Florida and about 235 miles (380 km) west-southwest of Tampa, Florida.

The National Hurricane Center (NHC) said that Hermine is moving toward the north-northeast near 12 mph (19 kph), and this motion with a slight increase in forward speed is expected during the next day or so.  On the forecast track, the center of Hermine will be near the Florida coast in the warning area tonight or early Friday. The estimated minimum central pressure from a NOAA Hurricane Hunter plane was 992 millibars.

Maximum sustained winds have increased to near 65 mph (100 kph) with higher gusts.  Additional strengthening is anticipated, and Hermine is expected to be a hurricane by the time landfall occurs.

For expected conditions in the warning and watch areas, visit the NHC website: www.nhc.noaa.gov.