Washington, DC–(ENEWSPF)–February 10, 2015.  Scientists at the Universities of Dundee and St. Andrews in Scotland have found evidence confirming that the levels of neonicotinoid (neonic) pesticides bees are likely to encounter in the wild impair the pollinator’s brain cells, resulting in colony declines. Bees and other wild pollinators provide services of over $125 billion globally, but are experiencing widespread and consistent losses that have the potential to increase global malnutrition and disease if not properly addressed. Although countries and regions across the globe have taken action to suspend or restrict the use of neonic pesticides in light of their threat to bees, policymakers in the U.S. continue to delay, impose inadequate changes, or even introduce new bee-toxic chemicals. 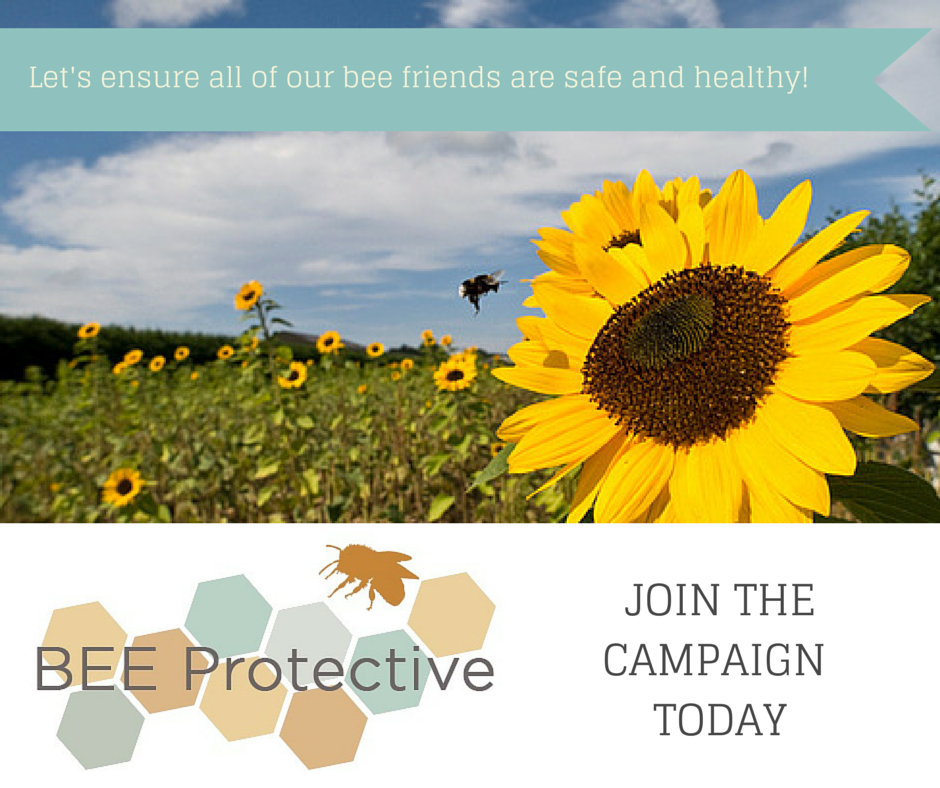 The recent study, Chronic exposure to neonicotinoids increases neuronal vulnerability to mitochondrial dysfunction in the bumblebee (Bombus terrestris), published in the Journal of the Federation of American Societies for Experimental Biology, finds a mechanistic explanation for previous findings that observed poor navigation and foraging in colonies of bumblebees exposed to neonicotinoids. To do this, researchers exposed bumblebees to doses of the neonics imidacloprid and clothanidin generally expected to be seen in the field (10 nanomoles[nM]/2.1ppb), and measured the amount that accumulated in the insect’s brain. They observed the bees accumulate between 4 and 10 nM of the chemicals within three days. Clothianidin exhibited an acute effect on the bumblebee’s brain, breaking down the mitochondria in its brain cells. Although imidacloprid did not exhibit this acute effect, after only two days of chronic exposure to an infinitesimal 1 nM amount of the chemical, the bumblebees’ brain cells became susceptible to mitochondrial damage by normal levels of acetylcholine, a neurotransmitter.

“Our research demonstrates beyond doubt that the level of neonicotinoids generally accepted as the average level present in the wild causes brain dysfunction and colonies to perform poorly when consumed by bumblebees,” he said. “In fact, our research showed that the ability to perturb brain cells can be found at 1/5 to 1/10 of the levels that people think are present in the wild,” said Chris Connolly, Ph.D, coauthor of the study.

With this impact, although bumblebees are unlikely to die, they are likely to encounter difficulty in learning and memory. Exposed bees will have greater difficulty, for instance, in recognizing the smell of a flower, or how to find their way back to their colony.

Researchers made certain to investigate how low levels of neonicotinoids effected bumblebee colonies on the whole. When exposing the bees to 1nM of imidacloprid in sugar water, scientists found adverse effects on colony growth and the condition of the nests compared to untreated colonies. Treated colonies exhibited a 55% reduction in live bee numbers, 71% reduction in healthy brood cells, and a 57% reduction in the total bee mass of the nest.

“This is not surprising as pesticides are designed to affect brains of insects so it is doing what it is supposed to do but on a bumblebee as well as the pest species. The bumblebees don’t die due to exposure to neonicotinoids but their brains cells don’t perform well as a result and this causes adverse outcomes for individual bees and colonies,” Dr. Connoly noted.

This study is the latest in a string of research that shows significant reason for policymakers to suspend the use of these toxic chemicals to alleviate the stress on global pollinator populations. In 2014, research published by Dave Goulson, PhD, in Ecotoxicology found “near-infinitestimal” exposure to neonicotinoids reduced bumblebees pollen foraging efficiency. This study built on previous studies that showed reduced colony growth and queen production, but added another piece to the puzzle by outfitting bees with Radio Frequency Identification (RFID) chips, allowing researchers to see how bees became worse and worse at collecting pollen and nectar. Now, with this new study, researchers have shown what is actually occurring within the bee’s brains to cause them to act this way in the field.

“This is not proof that neonicotinoids are solely responsible for the decline in insect pollinators, but a clear linear relationship is now established. We can now be confident that at these levels, neonicotinoids disrupt brain function, bee learning and the ability to forage for food and so limit colony growth,” said Dr. Connoly.

Although it is known that there are a number of stressors acting on pollinators, including viruses, pathogens, other pesticides, reduced foraging, and many others, policymakers can make an enormous difference in the health of these beneficial species by suspending the use of neonic pesticides. As Beyond Pesticides continues to assert, the global decline of insect pollinators No Longer a Big Mystery.

“It may be possible to help bees if more food (bee-friendly plants) were available to bees in the countryside and in our gardens,” said Dr. Connoly. “We suggest that the neonicotinoids are no longer used on any bee-friendly garden plants, or on land that is, or will be, used by crops visited by bees or other insect pollinators.”

While President Obama and the White House Pollinator Task Force consider their recommendations to address the pollinator crisis in the United States, concerned residents must make their voice heard. Sign the petition urging the President to enact meaningful protections for bees here. Become active in your community or campus and use the BEE Protective campaign’s resources to advocate for changes at the local level; organizations both large and small have already enacted meaningful changes.