Washington, DC–(ENEWSPF)–January 28, 2016.  Last week, Oregon Representative Paul Holyey introduced legislation that would protect traditional crops against contamination from their genetically engineered counterparts. As it stands, local governments are preempted (disallowed) from taking actions that protect traditional farmers from contamination by genetically engineered (GE) crops. With the help of advocates representing family farms and food safety, The Transgenic Contamination Prevention Bill (HB 4122) will repeal sections of Senate-passed Bill 863, which preempts local governments, and restore the right of local jurisdictions to regulate the planting of GE seed. The law, Bill 863, dubbed Oregon’s Monsanto Protection Act by environmentalists, farmers and consumers, was passed in 2013 and signed into law by then-Governor John Kitzhaber. The new language in HB 4122 seeks to correct the chemical company-driven legislation of the former bill and restore protection for traditional and organic farmers. 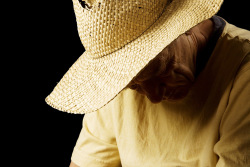 In May, 2014, the votes of Jackson County, Oregon, passed a ballot initiative, Genetically Modified Organism Ban, Measure 15-119, which sparked the backlash in the state legislature. The Jackson County law was grandfathered in, or allowed to stay in effect.

Supporters of the new bill, including Center for Food Safety, Friends of Family Farmers, and Our Family Farms Coalition, spoke last week about the accomplishment of getting the bill introduced, but know the fight is far from over. Once introduced, the bill had the difficult task of receiving a committee assignment. On Monday, Our Family Farms Coalition announced that HB 4122 had been assigned to the House Committee on Consumer Protection and Government Effectiveness, a committee they believe will give the bill a fair hearing. Advocacy groups representing farmers are asking locals to help keep the pressure on legislators to speak in support of HB 4122.

This legislation is one of many across the country seeking to create “GE-free” zones or GE labeling laws. Organic farming communities have had to contend with chemical company influence, preemption, and lengthy legal battles.

Traditional farmers in communities like Jackson County, Oregon have been fighting to keep their crops protected from GE contamination. In June 2015, a federal judge released a ruling rejecting a request by two alfalfa farms to overturn the ban on GE crops in Jackson County, Oregon. That ruling was challenged, and in December, a federal court finally approved the consent decree to protect the GE zone. Organic farming communities have had to contend with chemical company influence, preemption, and lengthy legal battles. Vermont became the first state to require mandatory GE labeling in 2014. Ballot initiatives in California, Washington State, Oregon, and Colorado were all rejected in close votes after chemical companies poured millions of dollars in TV ads to discredit the efforts. Maine and Connecticut also passed legislation in 2014 on GE labeling, however, these laws contain a “trigger clause” that delays implementation until similar legislation is passed in neighboring states, including one bordering state in the case of Connecticut.

Despite the perseverance of food safety and environmental groups, they still have many hurdles.

Still looming is the Deny Americans the Right to Know Act (DARK Act), officially known as the Safe and Accurate Labeling Act, which is up for a vote in Senate, the last stage before heading to the president’s desk. In July of last year, the House of Representatives passed the bill, HR 1599, which would preempt states from requiring GE labeling, and only allow voluntary labeling by food companies. This also means that the work done at the local level to protect farmers and consumers from GE contamination on crops and food could be halted.

Beyond Pesticides advocates in its organic food program and through its Eating with a Conscience (EWAC) website choosing organic because of the environmental and health benefits to consumers, workers, and rural families. For more information on the benefits of organic agriculture, see Beyond Pesticides’ Organic Food program page.