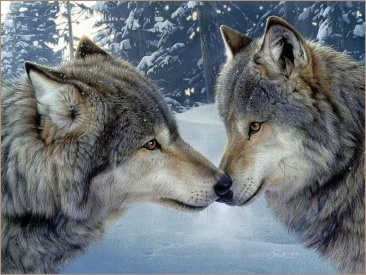 PORTLAND, Ore.—(ENEWSPF)–October 7, 2016.  A new poll conducted by Mason Dixon Polling and Research finds that the vast majority of Oregon voters — from both rural and urban areas — oppose using hunting as a management tool for wolves in the state and believe wildlife officials wrongly removed state protections from wolves. The poll also revealed that most Oregonians believe nonlethal methods should be the primary focus in reducing conflicts between wolves and livestock.

Details of the poll results include the following:

“It’s very encouraging — and far from surprising — that the survey indicates a broad majority of Oregonians believe we can, and should, find ways to coexist with wolves,” said Dr. Michael Paul Nelson, a professor at Oregon State University whose research focuses on ecosystems and society. “And it should be instructive to policymakers that these results demonstrate that people across the state — even in rural areas most affected by wolves — want our public policies on wolves to reflect the facts, not unsubstantiated rhetoric and opinions.”

The Oregon wolf conservation and management plan adopted by the state in 2005 is now belatedly undergoing a legally mandated five-year review. The Oregon Fish and Wildlife Commission is holding meetings, including one taking place today in La Grande and another on Dec. 2 in Salem, to accept public testimony on proposed updates to the plan. Conservation groups are calling for a revival of provisions that require clear, enforceable standards that helped reduce conflict from 2013 to 2015. The livestock industry and some in the hunting community are calling for policies that make it easier to kill wolves. In March Commission Chair Finley argued for allowing trophy hunts to fund conservation. Without revision the plan reduces protections for wolves, eliminates enforceable standards, and could allow hunting as soon as next year.

At the end of 2015, the Oregon Department of Fish and Wildlife confirmed an estimated 110 wolves in the state, ranging across 12 percent of habitat defined by that agency as currently suitable. Published science indicates that Oregon is capable of supporting up to 1,450 wolves. The tiny population of wolves that currently exists occupies only around 8 percent of the animals’ full historic range in the state. Last year the Oregon Fish and Wildlife Commission voted to strip wolves of protections under the state endangered species law, despite comments submitted by more than two dozen leading scientists highly critical of that decision. The commission’s decision is being challenged in court by Cascadia Wildlands, the Center for Biological Diversity and Oregon Wild.

“It is clear from the feedback and analysis the state received that there was no scientific basis for delisting wolves in Oregon,” said Nick Cady, legal director of Cascadia Wildlands and an attorney on the delisting case. “And to the extent that the state was responding to public wishes of Oregonians, this poll demonstrates that Oregonians did not support this premature delisting by the state.”

“Oregonians value wolves and feel that the state should be doing more to protect them, including resolving conflicts with livestock without resorting to guns and traps,” said Amaroq Weiss, West Coast wolf organizer at the Center for Biological Diversity. “With the state wolf plan review now underway, we hope the Fish and Wildlife Commission follows the science and refuses to make changes to the wolf plan based on fearmongering from those opposed to sharing our landscapes with wildlife.”

“Science shows that effective management of wolves does not involve hunting, and this poll clearly shows the people of Oregon stand with the science. We trust that any future management decisions made by the commission will represent the wishes of the people and current research,” said Danielle Moser of the Endangered Species Coalition.

“It’s clear from the poll that Oregonians are in favor of conservation, not deputizing hunters to kill more wolves,” said Arran Robertson, communications coordinator for Oregon Wild. “The idea that wolf-hunting is an appropriate tool to manage deer and elk populations is absurd. Rather than stooping to Oregon’s default policy of scapegoating and killing native wildlife, officials should focus on enforcing poaching laws and maintaining quality habitat.”

“Oregonians strongly support the recovery of wolves in our state,” said Quinn Read, Northwest representative for Defenders of Wildlife. “And they want to see common-sense management practices such as the use of nonlethal conflict prevention tools to allow wolves and people to share the landscape.”

The Pacific Wolf Coalition commissioned the poll, which was conducted by Mason-Dixon Polling & Research on 800 registered Oregon voters on Sept. 20-22, 2016. The margin of error is + or – 3.5 percent.

The mission of the Pacific Wolf Coalition is to optimize an alliance of organizations and individuals dedicated to protecting wolves in the Pacific West. Together we hold a common vision where wolves once again play a positive, meaningful, and sustainable role on the landscape and in our culture. For more information, visit www.pacificwolves.org