More than 10,000 comments against the pipeline submitted to BLM before tomorrow’s deadline 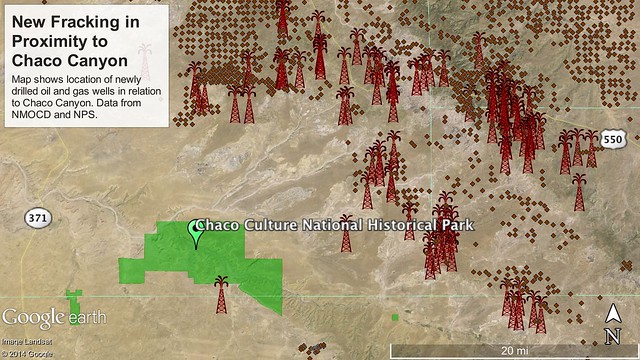 Farmington, NM–(ENEWSPF)–January 29, 2015.  In what is one of the largest outpourings of its kind in New Mexico’s history, more than 10,000 citizens from around the U.S. submitted comments this month against the proposed Piñon Pipeline. The response signals a growing national dissatisfaction with leasing our public lands for fossil fuel extraction, dissatisfaction with industrial development of our public lands, and with the related disruptions to health, wildlife, and the climate.

If built, the Piñon Pipeline would carry up to 50,000 barrels of oil daily across New Mexico’s Four Corners and Chaco Canyon region, threatening community safety, destroying cultural heritage and sacred sites, as well as pumping close to 8 million tons of carbon into our atmosphere every year, the equivalent of putting 1.5 million more passenger cars on the roads.

“The Obama Administration is finally talking a good talk on climate change,” said Jeremy Nichols, WildEarth Guardians’ Climate and Energy Program Director. “But until the President reins in the fracking free-for-all on our public lands in places like the San Juan Basin, he is not walking the walk.”

Members of WildEarth Guardians, the Sierra Club, Environment New Mexico, MoveOn, and New Energy Economy provided the bulk of the comments, while members of San Juan Citizens Alliance, Dine C.A.R.E., Dooda Fracking, Níhigaal bee liná, and Idle No More Four Corners also spoke out against the pipeline. The Western Environmental Law Center today submitted extensive technical comments on the pipeline on behalf of a coalition of environmental groups, in case litigation to stop the pipeline is ultimately necessary.

“This pipeline is more than just a bad idea for our climate and our public lands,” said Kyle Tisdel, attorney and Climate & Energy Program Director for the Western Environmental Law Center. “Construction would also spark expanded oil development which, to date, has never been analyzed by the Bureau of Land Management to comprehensively understand the threat posed to the environment and our communities.”

The outpouring of comments against the pipeline follows a series of heavily attended public meetings earlier this month, where a wide range of New Mexicans voiced their overwhelming opposition to the pipeline. The meetings saw especially large attendance by members of Navajo communities that would be disproportionately affected by the pipeline and the oil development it facilitates.

“The impacts from this proposed pipeline will be devastating and only increase the impacts on roads, drinking water, air, and land” said Colleen Cooley, Four Corners Energy Outreach Organizer for Diné C.A.R.E. “This thing will plow through sacred sites, disrupt families and communities, and leave an ever-present safety threat in our area’s backyards, all so the oil industry can quadruple fracking here and profit millions off our natural resources. The destruction of our Mother Earth needs to stop now.”

“Our federal government needs to change its thinking on fossil fuel projects on our unique public lands,” said Teresa Seamster, Public Lands Committee spokesperson of the Rio Grande Chapter of the Sierra Club. “The future for New Mexico isn’t the boom and bust of fracking. It is good paying jobs in technology and clean energy. And remembering what ten centuries of native culture tells us about sustainable growth.