Washington, DC–(ENEWSPF)–June 4, 2015.  Another study has found links between a commonly used household pesticide and attention deficit hyperactivity disorder (ADHD) in children and young teens. Researchers at Cincinnati Children’s Hospital Medical Center found an association between pyrethroid pesticide exposure and ADHD, particularly in terms of hyperactivity and impulsivity. These results reinforce the findings of a study led by a research team at Rutgers University earlier this year that found links between the pesticide deltamethrin and ADHD. 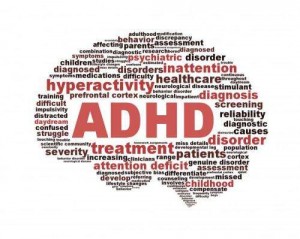 In 2001, over concerns about adverse health consequences, the U.S. Environmental Protection Agency banned several commonly used organophosphate (organic compounds containing phosphorus) pesticides from residential use due to the chemicals neurotoxic properties. The ban led to the increased use of pyrethroid pesticides, which are now the most commonly used pesticides for residential pest control and public health purposes. Pyrethroids, like deltamethrin, are commonly used in the home, office buildings, and on vegetable crops, gardens, lawns and golf courses.

This shift to predominantly using pyrethroids is troubling, as they have oft been promoted as a safer choice than banned organophosphates, despite the fact that they pose many real threats to human health. Many recent studies show significant concern with this class of chemicals, and their use has been linked to learning problems, and adverse behavioral and emotional development in children. In light of the misconception of the safety of pyrethroids, Tanya Froehlich, MD, a developmental pediatrician at Cincinnati’s Children’s, and a corresponding author of the study, observes that, “Given the growing use of pyrethroid pesticides and the perception that they may represent a safe alternative, our findings may be of considerable public health importance.”

In the Cincinnati Children’s Hospital study, researchers looked at data on 687 children between the ages of 8 and 15. The data came from the 2000-2001 National Health and Nutrition Examination Survey (NHANES), which is a nationally representative sample of the U.S. population designed to collect information about health. Pesticide exposure measurements were collected in a random sample of the urine of half the 8-11 year olds and a third of the 12-15 year olds. Interviews then determined whether a subject had ADHD by having an interviewer assess whether they met the criteria for the diagnosis under the Diagnostic Interview Schedule for Children, a diagnostic instrument that assesses 34 common psychiatric diagnoses of children and adolescents. Alternatively, caregivers could report the presence of ADHD by providing a report of a prior diagnosis.

The study found that the association between pyrethroid pesticide exposure and ADHD is stronger in boys than girls. Boys with detectable urinary 3-PBA, a biomarker of exposure to pyrethroids, are three times as likely to have ADHD compared with those without detectable 3-PBA. Hyperactivity and impulsivity increased by 50 percent for every 10-fold increase in 3-PBA levels in boys. Biomarkers are not associated with increased odds of ADHD diagnosis or symptoms in girls.

These findings shed light on the relationship between pesticide exposure and its impact on developing children, showing that pesticides may have the ability to alter brain function, increasing levels of hyperactivity and impulsivity, especially in young boys. However, the researchers do point out that because pyrethroids are non-persistent and rapidly metabolized, measurements taken over time would provide a more accurate assessment of typical exposure, and more studies are recommended before definitive impacts on public health can be determined. It is important to note that ADHD is not the only pesticide-induced disease observed in developing children. Autism and developmental delays in children have also been linked to pesticide exposure. Exposure rates among children is alarmingly high, a recent study at the University of California found pyrethroid and other harmful chemicals, including chlorpyrifos, an organophosphate chemical that has been banned for household use for over 12 years, present in the urine of 65 percent of the children studied. This exposure occurs in nearly all aspects of a child’s life: home, school, day care, grocery stores- the list goes on.

With the mounting evidence of the impacts of pesticides to human health, the success of management approaches that do not rely on hazardous pesticides demonstrates that exposure to these pesticides are unnecessary. Beyond Pesticides has many resources, including the ManageSafe database to help avoid and manage unwanted insects without the use of synthetic chemicals. These techniques include exclusion, sanitation and maintenance practices, as well as mechanical and least-toxic controls (which include boric acid and diatomaceous earth).

For more information on the hazards of pesticides and human health, visit Beyond Pesticides’ Pesticide-Induced Diseases Database, where we track the science on how pesticides are contributing to the rise of learning and developmental disorders in children, and see our factsheet, Children and Pesticides Don’t Mix.