Washington, DC–(ENEWSPF)–October 6, 2015. Last week, the International Federation of Gynecology and Obstetrics (FIGO) released a statement encouraging broad-based policy measures that prevent exposure to toxic environmental chemicals. “The global health and economic burden related to toxic environmental chemicals is in excess of millions of deaths and billions of dollars every year,” the report unequivocally states. FIGO’s statement follows a similar call to action from the American College of Obstetricians and Gynecologists in 2013 and the American Academy of Pediatrics in 2012.

The piece lays out broad themes surrounding exposure to toxic chemicals, including i 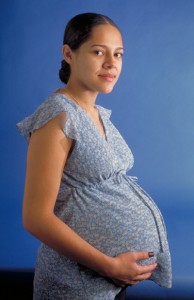 ssues of environmental justice, prenatal exposure and subsequent health effects, and overall global health and economic burden. Based on these impacts, several recommendations are submitted for obstetricians, gynecologists, midwives, women’s health nurse practitioners, nurses, and other health professionals to follow to achieve a goal of “prevention for all.”

FIGO highlights how people of low-income, particularly in poverty-stricken countries, bare a higher burden of toxic exposure than richer nations. “[A]t every stage of development, the consequences of exposure to toxic chemicals –including morbidity and mortality, loss of family income and productivity, and environmental degradation– are disproportionately borne by people with low incomes,” the piece states. FIGO also notes that disparities exist regarding the impact these chemicals have on individuals, referencing a 2009 National Academies of Science report that advised, given inherent vulnerabilities of some, “no safe dose” exists for toxic chemicals, and “any level of exposure should be assumed potentially harmful.”

The report further notes the extent to which the timing of a toxic exposure impacts health outcomes. “Susceptibility to potential health impacts of toxic environmental chemicals may be heightened when exposure occurs during “critical” and “sensitive” periods of development, such as during pregnancy, childhood, and adolescence,” says the FIGO report. The concept of “critical windows of exposure” has developed a sound body of evidence, pointing to adverse health effects that can transpire across a person’s life span, or even impact subsequent generations. Just this month Yale University released a study linking prenatal exposure to the pesticide chlorpyrifos to tremors in children later in life. The FIGO report references data showing that nearly every pregnant women in the U.S. has a body burden of at least 43 different environmental toxins, as well as a study by the U.S. Cancer Institute which found, “to a disturbing extent babies are born ‘pre-polluted.’”

The extent to which endocrine disruptors affect reproductive health is singled out by FIGO. The organization discusses how only a small fraction of the nearly 800 chemicals in commercial production today that are known or suspected endocrine distruptors have undergone any testing on their effect. At the same time, rates of non-communicable diseases have increased, and, as the report notes “[t]hese trends have occurred in a timeframe inconsistent with a much slower pace of changes in the human genome, indicating that the environment has shaped these disease patterns.”

Lastly, the FIGO report addresses the economic burden posed by toxic chemicals through increased health care costs and other adverse effects. For example, the cost of pesticide poisonings to farmworkers in Sub-Saran Africa over a 15 year time span between 2005 and 2020 is estimated to be $66 billion dollars. The report references the analysis published earlier this year in by an international team of scientists which estimated that exposure to endocrine disrupting pesticides results in $162 billion in health care costs to the European Economy, with $130 billion of that number a result of lost IQ points due to prenatal exposure to organophosphate pesticides. FIGO notes that “[t]he available data underestimates the true burden of human disease, disability and expenditures, and do not account for the impacts of toxic chemicals on the ecosystem that sustains human health and reproduction.”

To remedy the overwhelming data pointing to significant harm from toxic exposure, FIGO recommends that health care professionals “take timely action to prevent exposure to environmental chemicals.” The organization emphasizes the need for a just and healthy food system, which “includes increasing the capacity for women and men who are planning a family, as well as pregnant and breastfeeding women, to eat fresh fruits and pesticide-free vegetables legumes and wholegrains daily…” It also advices health professionals to learn about toxic chemicals people are regularly exposed to, and take patient histories of environmental exposure during preconception and first prenatal visits.

The importance of care professionals in advocating for policies that emphasize preventing exposure to toxic chemicals is paramount. “Toxic chemicals move around the world in air, water, food, and consumer products; local, national, and/or international governmental policies can either support or undermine patient and population health associated with these exposures.”

Beyond Pesticides applauds FIGO’s call to action, and continues to advocate for policies that prevent the use of harmful chemicals in the first place. Progressive communities, such as Ogunquit, ME, Takoma Park, MD, Cuyahoga County, OH, Marblehead, MA, and numerous others provide a proof of concept that drastically reducing and eventually eliminating the use of toxic pesticides is possible. Tools are available for both health care professionals and average residents to advocate for changes in pest management policy in their community. For assistance, contact Beyond Pesticides at 202-543-5450 or [email protected].