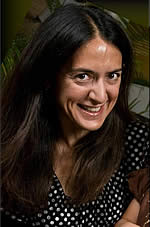 St. Louis, MO/London, UK-(ENEWSPF)- Researchers at Washington University School of Medicine in St. Louis and King’s College London have independently identified DNA on chromosome 3 that appears to be related to depression.

Major depression affects approximately 20 percent of people at some point during their lives, and family studies have long suggested that depression risk is influenced by genetics. The new studies identify a DNA region containing up to 90 genes. Both are published May 16 in the American Journal of Psychiatry.

“What’s remarkable is that both groups found exactly the same region in two separate studies,” says senior investigator Pamela A. F. Madden, PhD, professor of psychiatry at Washington University. “We were working independently and not collaborating on any level, but as we looked for ways to replicate our findings, the group in London contacted us to say, ‘We have the same linkage peak, and it’s significant.'”

Madden and the other researchers believe it is likely that many genes are involved in depression. While the new findings won’t benefit patients immediately, the discovery is an important step toward understanding what may be happening at the genetic and molecular levels, she says.

The group at King’s College London followed more than 800 families in the United Kingdom affected by recurrent depression. The Washington University group gathered data from 91 families in Australia and another 25 families in Finland. At least two siblings in each family had a history of depression, but the Australian and Finnish participants were studied originally because they were heavy smokers.

“Major depression is more common in smokers, with lifetime reports as high as 60 percent in smokers seeking treatment,” says lead author Michele L. Pergadia, PhD, research assistant professor of psychiatry at Washington University. “Smokers with depression tend to experience more nicotine withdrawal and may be more likely to relapse when trying to quit. Previous studies suggest that smoking and depression run together in families. In our study, we detected a region of the genome that travels with depression in families of smokers.”

Meanwhile, the group in England was concerned primarily with recurrent depression. Although some of the families in the King’s College London survey may have included heavy smokers, the researchers were primarily interested in people who were depressed.

“These findings are truly exciting,” says Gerome Breen, PhD, lead author of the King’s College London study. “For the first time, we have found a genetic region associated with depression, and what makes the findings striking is the similarity of the results between our studies.”

From two different data sets, gathered for different purposes and studied in different ways, the research teams found what is known as a linkage peak on chromosome 3. That means that the depressed siblings in the families in both studies carried many of the same genetic variations in that particular DNA region.

Unlike many genetic findings, this particular DNA region has genome-wide significance. Often when researchers correct statistically for looking across the entire genome, what appeared originally to be significant becomes much less so. That was not the case with these studies.

Although neither team has isolated a gene, or genes, that may contribute to depression risk, the linkage peak is located on a part of the chromosome known to house the metabotropic glutamate receptor 7 gene (GRM7). Some other investigators have found suggestive associations between parts of GRM7 and major depression.

“Our linkage findings highlight a broad area,” Pergadia says. “I think we’re just beginning to make our way through the maze of influences on depression. The U.K. samples came from families known to be affected by depression. Our samples came from heavy smokers, so one thing we might do as we move forward is try to better characterize these families, to learn more about their smoking and depression histories, in addition to all of their genetic information in this area.”

Pergadia says it may be worthwhile to start by combining the data sets from the two studies to see whether this region of chromosome 3 continues to exert a significant effect.

Although there is still work to do, the new studies are a very important step on the road to understanding how genes influence depression, according to Peter McGuffin, MB, PhD, director of the Medical Research Council Social, Genetic and Developmental Psychiatry Centre at King’s College London.

“The findings are groundbreaking,” says McGuffin, senior author of that study. “However, they still only account for a small proportion of the genetic risk for depression. More and larger studies will be required to find the other parts of the genome involved.”