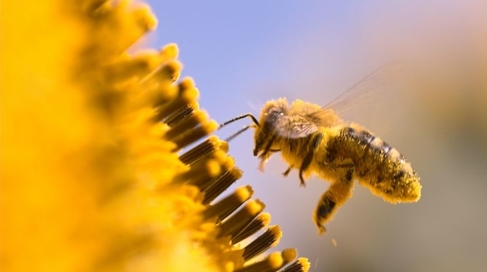 The “Worldwide Integrated Assessment (WIA)” — undertaken by the Task Force on Systemic Pesticides — documents significant harms to bees and ecosystems. Global scientists are calling for new, dramatic restrictions on bee-harming pesticides in the United States and beyond. The report also suggests that the current regulatory system has failed to capture the range of impacts of these pesticide products.

“This report should be a final wake up call for American regulators who have been slow to respond to the science,” said Emily Marquez, PhD, staff scientist at Pesticide Action Network North America. “The weight of the evidence showing harm to bees and other pollinators should move EPA to restrict neonicotinoids sooner than later. And the same regulatory loopholes that allowed these pesticides to be brought to the market in the first place — and remain on the shelf — need to be closed.”

The report will appear in a forthcoming issue of the journal Environmental Science and Pollution Research and is being released at events in Brussels, Manila, Montreal and Tokyo over the next two days. It underscores that neonicotinoid pesticides and their breakdown products are persistent and harmful, even at very low levels.

“The science clearly shows that, not only are these systemic pesticides lethal to pollinators, but even low doses can disrupt critical brain functions and reduce their immunity to common pathogens,” said Nichelle Harriott, staff scientist at Beyond Pesticides.

“To save our invaluable pollinators, EPA, USDA and all Federal agencies must read this report and immediately implement regulatory remedies against the ongoing neonicotinoid disaster,” said Doug Gurian-Sherman, PhD, senior scientist for Center for Food Safety. “We know from recent studies that neonicotinoid seed treatments are generally not improving yields or even keeping common pests at bay. They aren’t serving farmers and they certainly aren’t serving pollinators. It is time to address this common route of exposure.”

Neonicotinoids, highlighted in the report released today, are a newer class of systemic insecticides that are absorbed by plants and transported throughout the plant’s vascular tissue, making the plant potentially toxic to insects. Imidacloprid (Bayer), then later clothianidin (Bayer), thiamethoxam (Syngenta) and dinotefuran first came into heavy use in the mid-2000s. At the same time, beekeepers started observing widespread cases of colony losses, leaving beekeepers unable to recoup their losses.

This past year was another challenging one for farmers and beekeepers, with beekeepers reporting average losses of over 45%.

“The report lends credence to what beekeepers have been saying for several years,” said Jeff Anderson, beekeeper and owner of California-Minnesota Honey Farms. “Our country depends on bees for crop pollination and honey production. It’s high time regulators realize that applying toxins to plants makes them toxic to bees.”

Over the past few years, advocacy groups and beekeepers have filed legal petitions and lawsuits with EPA, calling on the agency to suspend the use of neonicotinoids.  Yet, over two years later, the agency has refused and indicated it will not finish its review for clothianidin and thiamethoxam, as well as other neonicotinoids, until 2018. Meanwhile, environmental regulators in Europe instituted a 2-year moratorium on the chemicals last December based on the evidence from independent studies.

In addition to bees, the report highlights the far-reaching impacts of neonicotinoids on entire ecosystems, from direct exposure to persistence in soil and water. Bumble bees, butterflies and other pollinators that serve both agriculture and provide ecosystem support services are also in jeopardy from these pesticides.

In addition to neonicotinoids, the report also focuses on the insecticide fipronil, which is also linked to impacts on bees and has been targeted by European regulators for an additional ban.

Today’s report underscores previous summaries of scientific studies on the impact of pesticides on pollinators, including those compiled by groups like Pesticide Action Network, Center for Food Safety, the Xerces Society and American Bird Conservancy.