Washington, DC–(ENEWSPF)–January 4, 2016.  A study published by the U.S. Geological Survey (USGS) and U.S. Fish and Wildlife Service (FWS) found large-scale evidence of intersex in smallmouth and largemouth bass in the Northeast United States, an indicator of endocrine disruption. The study, published in the journal Ecotoxicology and Environmental Safety, looks at 19 U.S. National Wildlife Refuges and is the first reconnaissance survey of this scope. The study found that the prevalence of testicular oocytes across all samples was 85% and 27% for male small- and largemouth bass, respectively. 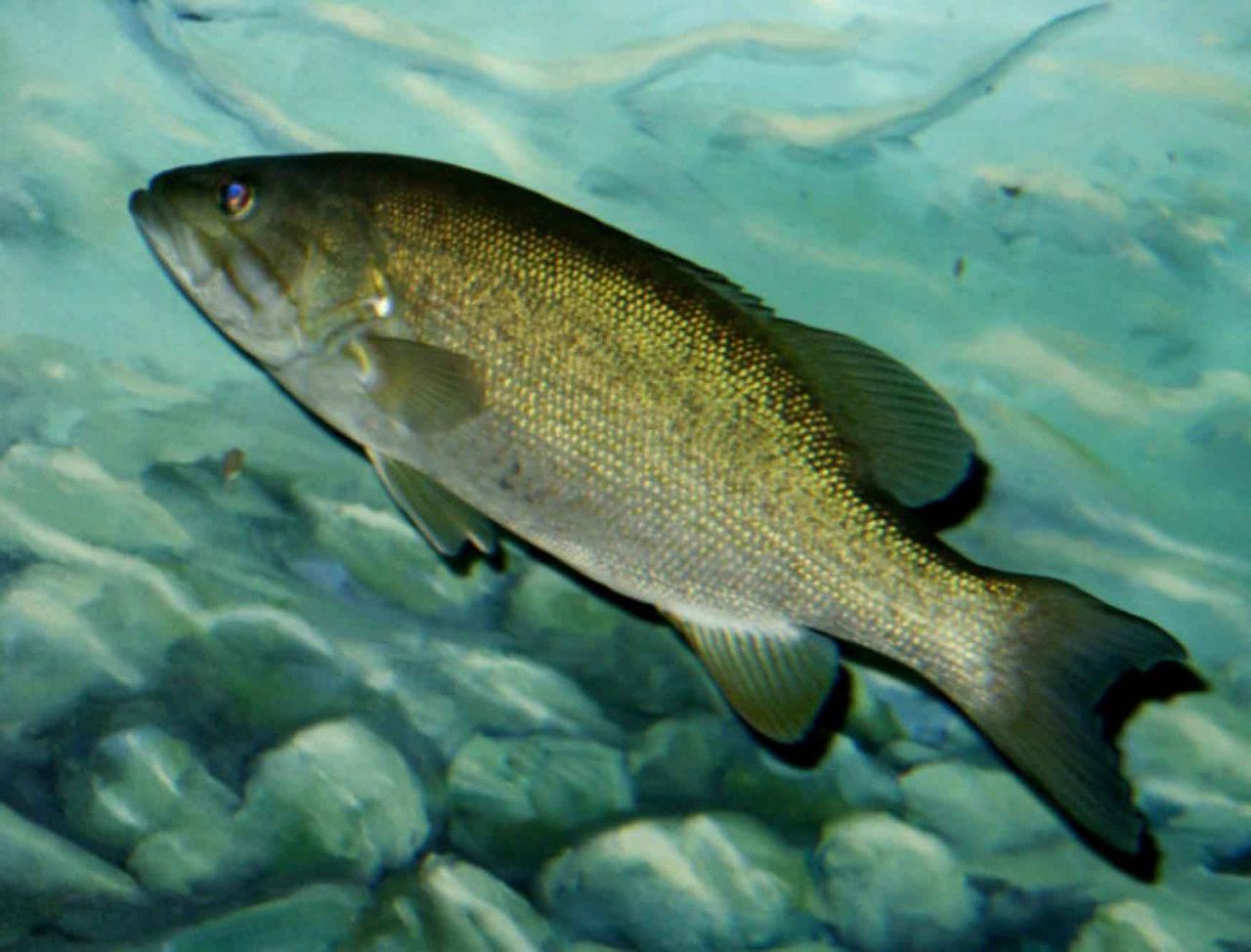 Intersex occurs when one sex develops characteristics of the opposite sex. In the case of this study, researchers found testicular oocytes —female eggs found inside male testicles—in male smallmouth and largemouth bass. The
study explains, “The presence of oocytes in the testes of male gonochoristic fish has been used as an indicator of estrogenic exposure.” The source of the estrogen is hard to pinpoint, but pesticides are often cited as a cause given that they widely pollute waterways that fish populate. Those chemicals have properties that disrupt the endocrine system and affect the reproductive system, causing development issues such as testicular oocytes. According to USGS, “Intersex is a global issue, as wild-caught fish affected by endocrine-disrupting chemicals have been found in locations across the world.”

According to the USGS press release for the study, “Estrogenic endocrine-disrupting chemicals are derived from a variety of sources, from natural estrogens to synthetic pharmaceuticals and agrochemicals that enter the waterways. Examples include some types of birth control pills, natural sex hormones in livestock manures, herbicides and pesticides.”

While the study did not look for the sources of endocrine disruption, it did paint a picture of how widespread this abnormality really is, encouraging management actions to combat runoff. “It is not clear what the specific cause of intersex is in these fish,” said Luke Iwanowicz, a USGS research biologist and lead author of the paper, in their press release. “This study was designed to identify locations that may warrant further investigation.  Chemical analyses of fish or water samples at collection sites were not conducted, so we cannot attribute the observation of intersex to specific, known estrogenic endocrine-disrupting chemicals.”

Last summer, research by the U.S. Geological Survey (USGS) showed a strong correlation between the occurrence of intersex characteristics on fish, which have been found in the Chesapeake Bay region, and areas of high agricultural use in Pennsylvania.  In addition, a recent report by the Pennsylvania Department of Environmental Protection (DEP) found rare malignant tumors on smallmouth bass in the Susquehanna River, a river that flows through the northeast from upstate New York to the Chesapeake Bay. The Susquehanna River is a major source of agricultural runoff containing phosphorous, nitrogen, and sediment pollutants, as well as natural animal hormones in manure. Pennsylvania DEP officials are looking to in-depth studies to identify the sources of the endocrine-disrupting compounds and herbicides likely contributing to the tumors.

This is a step that USGS would like to see taken as well. The study states, “A comprehensive re-evaluation that includes chemical analysis and seasonal snapshots of both sites is necessary to identify the likely cause(s) of elevated plasma vitellogenin in these male smallmouth bass.”

In addition to the Pennsylvania DEP study, other scientists are examining fish as a means of gauging water quality and chemical exposure. In 2008, USGS identified ten contaminants, including atrazine, chlorpyrifos, and endosulfan, responsible for intersex fish in the Potomac River. Atrazine, one of the most commonly used herbicides in the world, has been shown to affect reproduction of fish at concentrations below U.S. Environmental Protection Agency’s (EPA) water-quality guidelines. A November study found that commonly-used pesticides can persist in and impact the species of a waterway long after the chemicals are detectable or monitored by regulators.

Beyond Pesticides continues to fight to prevent water pollution and harmful agricultural practices. Visit our Threatened Waters page and learn how organic land management practices contribute to healthy waters in the article, “Organic Land Management and the Protection of Water Quality.”