Study Finds Organic Agriculture Can and Must Feed the World

Washington, DC–(ENEWSPF)–December 11, 2014. A new study out of the University of California, Berkeley, compares organic and conventional crop yields and finds that overall yield gaps are much smaller than earlier studies concluded and even smaller when compared crop-by-crop. The study, published in the Royal Society Proceedings B journal, Diversification practices reduce organic to conventional yield gap, also found that certain practices could further shrink the productivity gap where it exists. 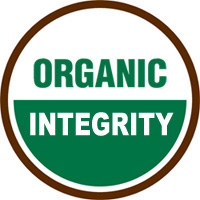 The debate surrounding organic crop yield capabilities has been a heated one, with agribusiness and conventional farming advocates claiming that pesticides and genetically-engineered (GE) crops are necessary to feed the ever-expanding world population. These interests usually dismiss organic agriculture’s ability to provide the necessary amount of crops to achieve the end goal of feeding the world.

Numerous studies have previously undercut this premise, finding similar yields and greater economic returns in organic agriculture and determining GE crop yield abilities to be mostly unfounded. Recently, even the U.S. Environmental Protection Agency (EPA) called into question the efficacy and crop-yield outputs of soybean seeds pre-coated with the dangerous and pollinator-toxic pesticides of neonicotinoids.

The current study’s researchers wanted to examine this hotly debated issue and take a look at a newly compiled and expanded set of data nearly three times larger than those previously used (115 studies containing more than 1000 observations). Additionally, the study used a new hierarchical analytical framework that would better be able to account for the heterogeneity and structure in the data.

The findings were encouraging for organic advocates, showing an overall crop yield difference of 19.2 percent between conventional and organic outputs. When looking at specific crops, such as legumes (lentils, beans, etc.), no significant differences were identified. Researchers also noted that the percentages were likely inflated, as available studies comparing farming methods were often biased in favor of conventional agriculture.

But the study also took one more step and analyzed whether or not organic farming could do better through agricultural diversification practices, otherwise known as multi-cropping and crop rotations. The answer was a resounding, “Yes,” showing that the crop yield difference could be reduced by 9 percent in the case of multi-cropping and 8 percent in the case of crop rotations.

“In terms of comparing productivity among the two techniques, this paper sets the record straight on the comparison between organic and conventional agriculture,” said the study’s senior author, Claire Kremen, Ph.D., professor of environmental science, policy and management and co-director of the Berkeley Food Institute. “With global food needs predicted to greatly increase in the next 50 years, it’s critical to look more closely at organic farming, because aside from the environmental impacts of industrial agriculture, the ability of synthetic fertilizers to increase crop yields has been declining.”

To put the chemical-intensive food global food production in perspective, the study’s introduction states: “Resultant problems include biodiversity loss, massive soil erosion and degradation, eutrophication and oceanic dead zones, pesticide effects on humans and wildlife, greenhouse gas emissions, and regime shifts in hydrological cycling. Furthermore, although agriculture produces a food surplus at the global scale, over 1 billion people are chronically hungry. These problems of hunger, food insecurity and environmental harms will only be exacerbated if current trends in population growth, food and energy consumption, and food waste continue. To maintain the Earth’s capacity to produce food, it is imperative that we adopt sustainable and resilient agricultural practices as soon as possible.”

Organic agriculture has been proven time again to be equally viable for both farmers and consumers while also providing significant health and environmental effects over conventional industrial agriculture. Visit Beyond Pesticides’ Keep Organic Strong webpage to learn more about organic and what you can do to support its growth.